Books do furnish a room 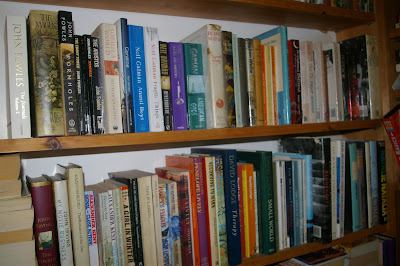 One of my odd posts to my little used and little read blog, excuse any errors I am writing it with a notebook and really need to get stronger reading glasses, so it is all a bit, through a glass darkly.

I was just reading Simon’s post on Thanet life where he is extolling the virtues of the electronic book, when it occurred to me that with digital storage of music and books a whole area of communicating ones self by ones surroundings is going.

During the 1900s there was a flowering of literature and music and I count myself very lucky to have lived through it, much of this hinged around two things the cheap paperback book, initially driven by Allen Lane with the sixpenny penguin book and the gramophone record.
The nature of both of these medias meant that the other people that enjoyed them, kept them where they lived and the fact that they were visible expressed much about the person. 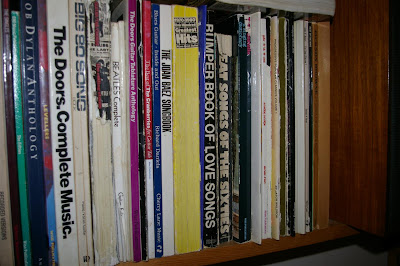 I suppose this even extends to books of playable music, there is also the area where a persons non-fiction books expresses their interests.

I groan when I enter a room where the books have been selected by the book club that a person happened to join and the Readers Digest or whatever seem to keep coming in some sort of unstoppable way, to a point where the books were never opened. 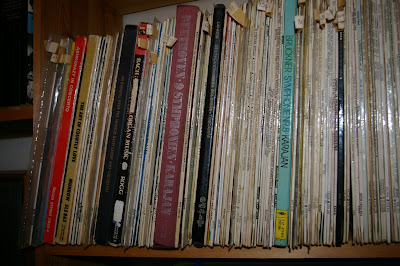 I am afraid I groan in much the same way at lines of the sort of English lituture that is of the type set for GCE examination when I was at school, it’s not that I haven’t both enjoyed and been depressed by Thomas Hardy, rather in the same way that I wouldn’t have missed Beethoven’s symphonies. 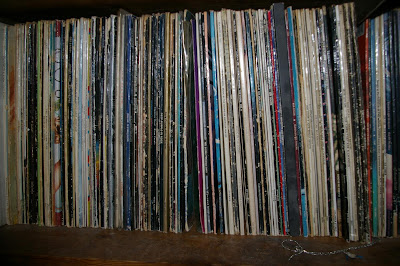 No it is when this stops somewhere around D H Lawrence and Edward Elgar, when these are not accompanied by John Fowles or David Lodge or Mick Jagger or Jim Morrison, where has the person with the book collection been during their lives.

Anyway as a bookseller and therefore inevitably part of this conspiracy I am considering the these new machines that will inevitably make me redundant eventually.

My reading mind at the moment is in the world of 1984 and Brave New World as I am reading We (by Yevgeny Zamyatin the 1921 Russian novel that predates both of them and must have inspired them both) so I suppose it would be appropriate for me to be reading this from a machine as it is based in the future.


Sorry about that, I can only say that the square root of minus one is lurking unresolved in the back on my mind.

There are key bits of literature and music like say A Clockwork Orange or Sgnt Pepper, which at my age one can hardly have lived in ones own time without, so yes it is peoples collections of fiction and music that in furnishing there rooms, communicates much to me. 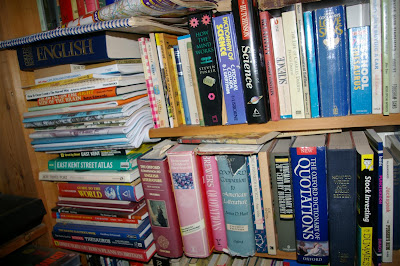 I suppose looking round this room there is the inevitable area expressing a sort of chaos of the mind and it as though in some places the books have been breeding and interlopers like Love Signs have appeared. This one could be construed as the message a sign of love. 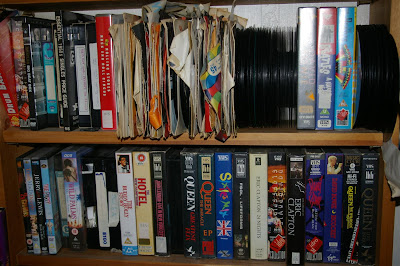 Or strange areas where singles have appeared with video tapes, both now redundant media.

What is worse than anything I can contemplate is some sort of living room without books, like introducing a waiting room into a home.

Posted by Michael Child at Sunday, November 15, 2009 No comments: