Confidential Manston cpo documents appear on the internet and a possible further ramble.

These have appeared on various FaceBook pages including Manston Pickle which I think is an open site, see https://www.facebook.com/manstonpickle 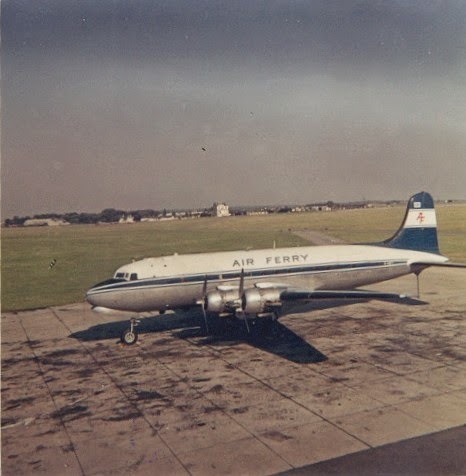 I am reluctant to link to the actual posts. See the end of this post if you don’t follow what I am talking about http://michaelsbookshop.blogspot.co.uk/2014/10/plane-tales-from-bookshop-manston.html 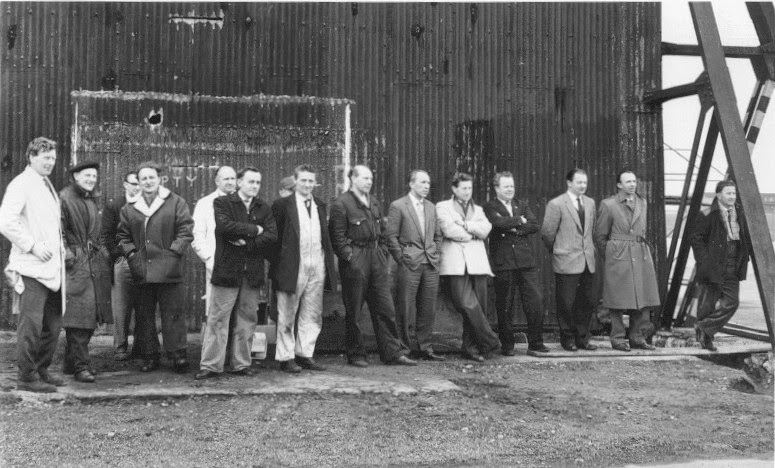 For me the interesting part is the peculiar game being played by RiverOak by sending the documents to all TDC councillors without putting them on one of their various websites, so they are in that strange position of being partly in the public domain. 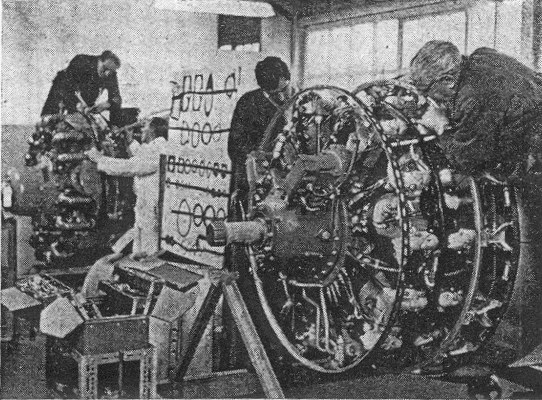 What the documents don’t answer is what appears to be the council’s main reasons why they didn’t select RiverOak as an indemnity partner: failure to be compliant with UK council’s money laundering requirements, failure to provide indemnity against compensation claims from the owners in the event of the cpo failing and not really seeming to get anywhere near the sort of valuation ballpark that a 600 acre brownfield site that’s last use was an airport that hadn’t obtained an EP in order to get planning consent would be in. 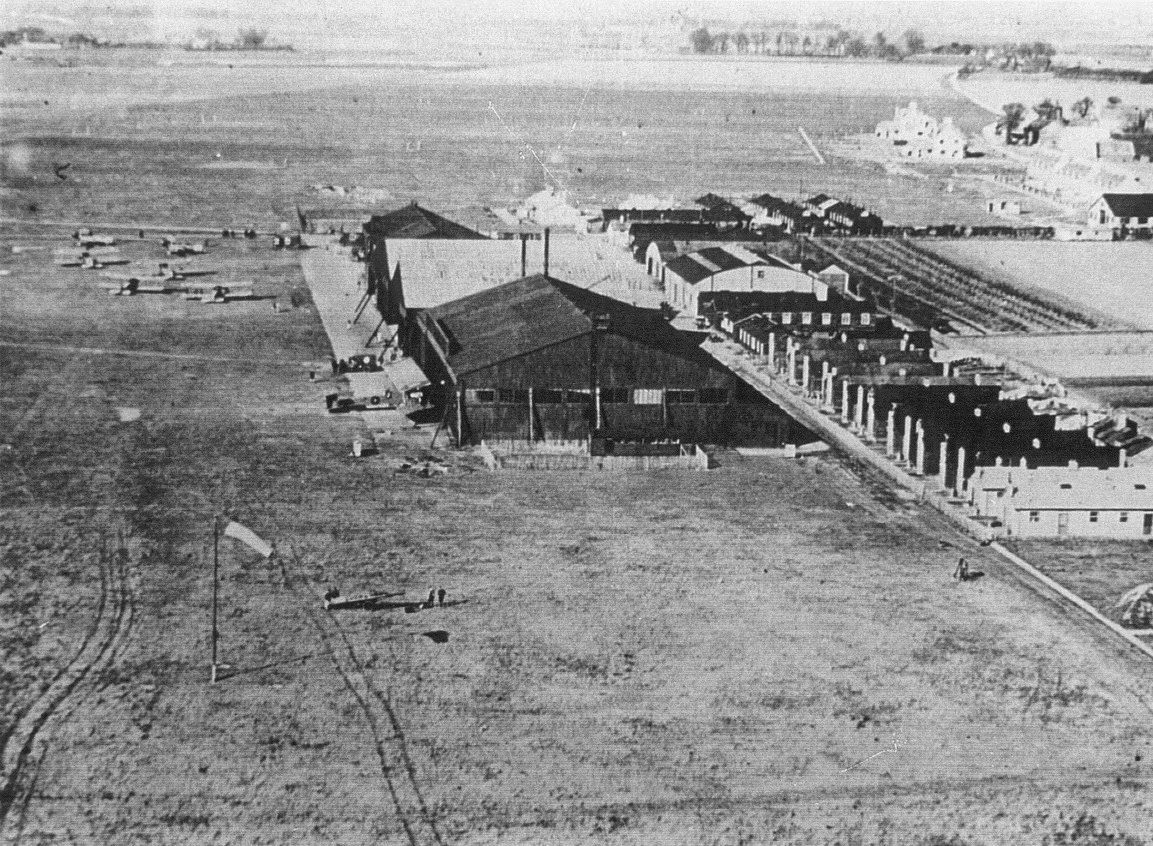 To me the distribution of these documents followed by the inevitable leakage into the public domain combined with RiverOak stating publicly that the had relinquished confidentiality requirements relating to the documents seems a very strange move. 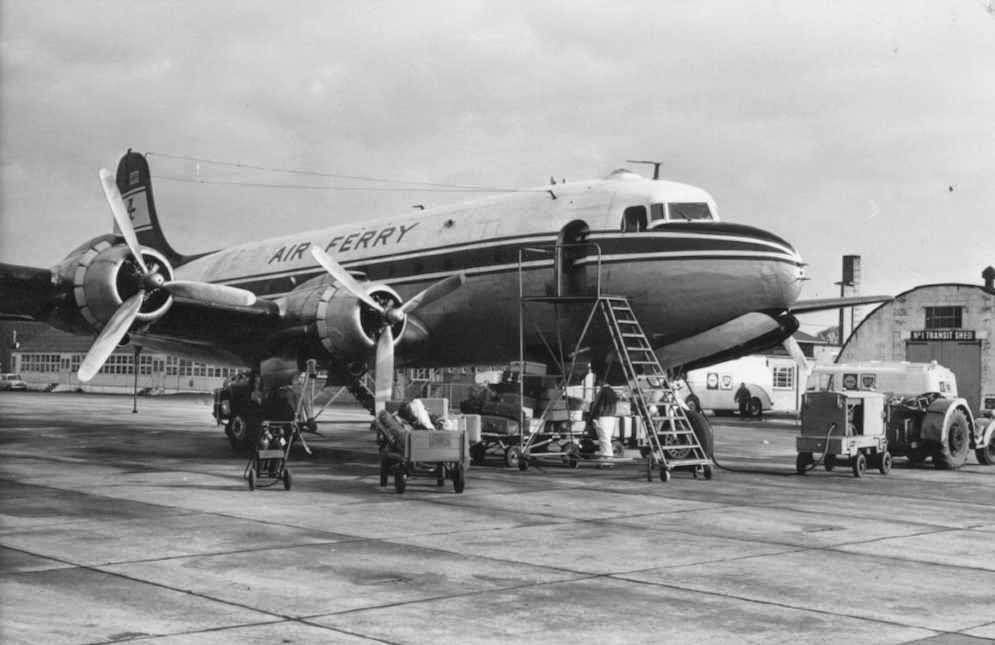 I would think it would be difficult for any level of government to deal with an organisation that acted in this way and as far as I can see leaves the council in a difficult position. 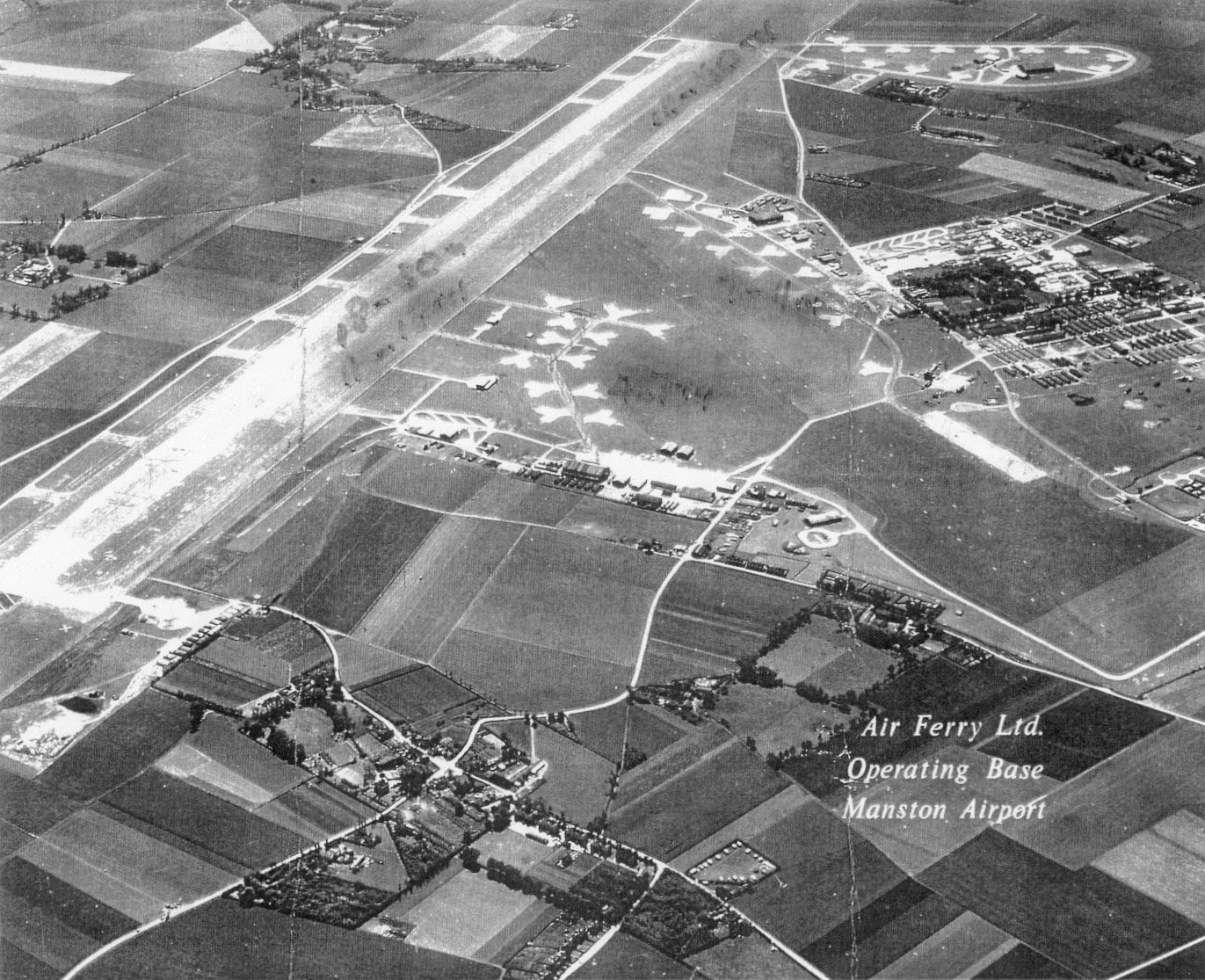 RiverOak distributing documents directly to councillors who obviously have no confidentiality agreement with RiverOak sees to fall in to the “Dear Honourable Councillor” bracket of one of RiverOak’s previous emails. 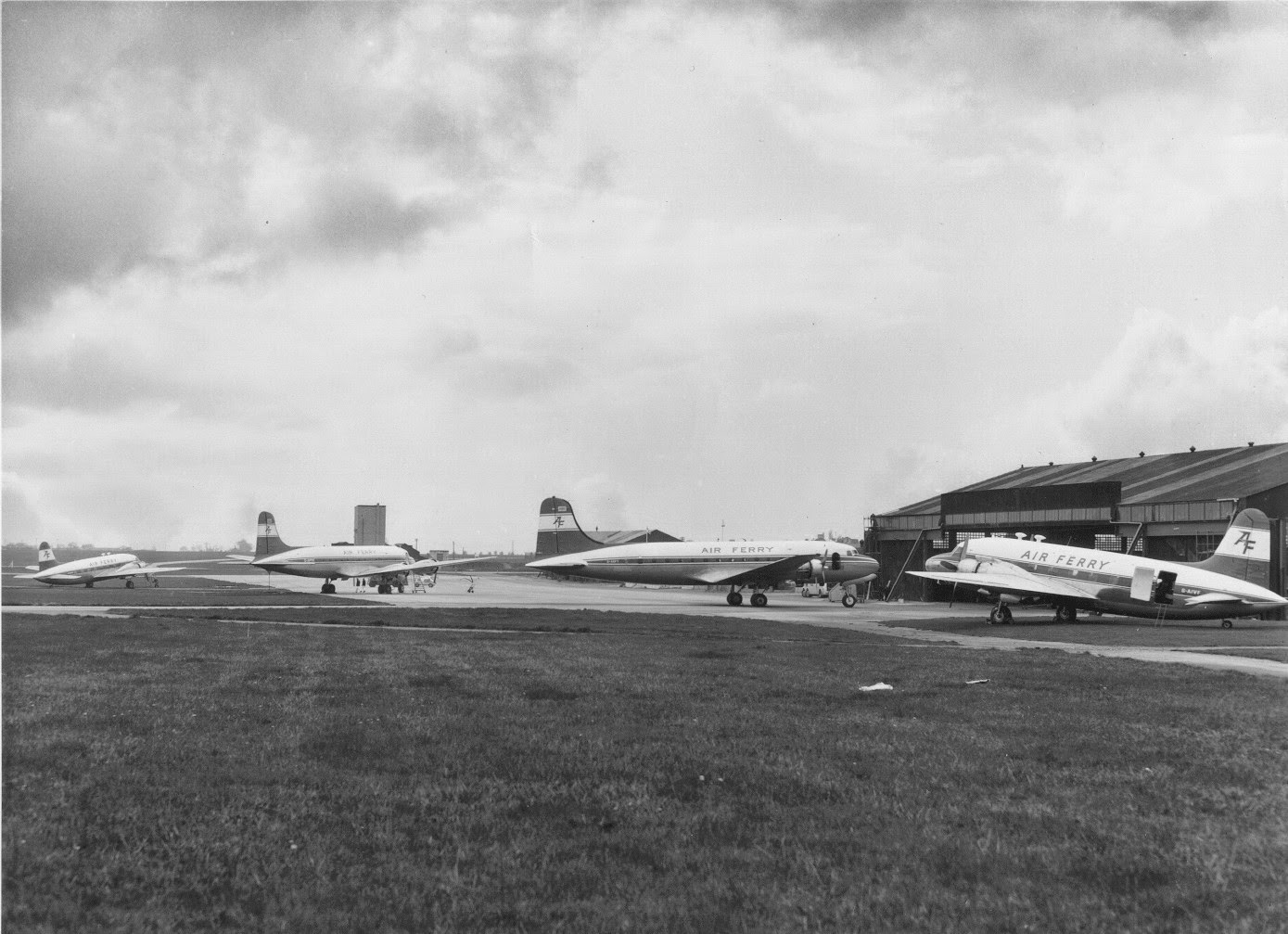 All of the pictures in this post are from a book I publish about the first civil aviation activates at Manston in the 1960’s, click on the link for more http://www.michaelsbookshop.com/catalogue/1997_twilight_of_pistons.htm the sample pages should of interest to some people. 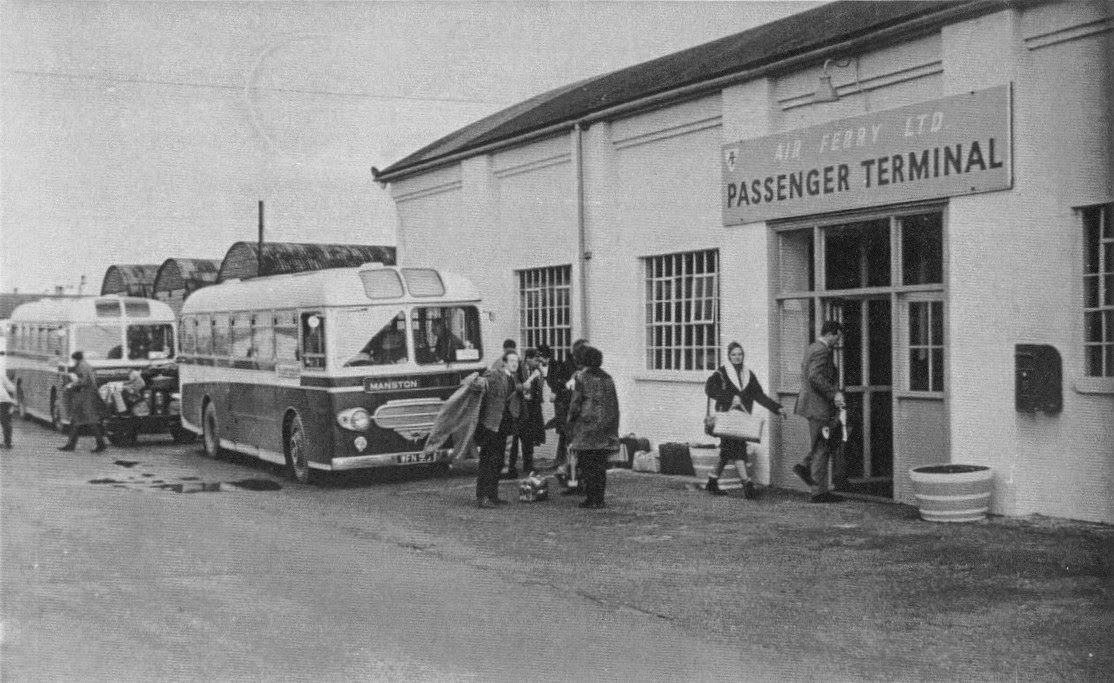 This leaves the council in the position where they are still bound by the agreement and can’t distribute all of the documents so as to provide the complete information on which their decision was based.

Look at it like this, suppose you were to write a local book and I agreed to publish it but we entered into a confidential agreement where I provided you with extra discount buy raising the retail price so that you could supply your local supermarket. Then you were to release the information that I had supplied you with an extra discount to my other authors without releasing the reason. If this happened I don’t think you would find it easy to deal with me again and I rather doubt that RiverOak would find it easy to deal with a UK council again. Or let us suppose that the UK government were to consider RiverOak as an indemnity partner for a cpo to reopen Manston Airport, do you think that the risk that if RiverOak didn’t get their own way at some point they would release part or all of the confidential documents to all UK MPs would be appealing to the UK government?

Confidentiality has to have a purpose. Usually, it is possible to claim that a business plan must remain confidential because, otherwise, other people might be able to copy it. In other words, the ideas for a business are of value and need to be protected. In this case, it isn't clear that this applies. Riveroak was the sole candidate to be TDC's business partner and their plans are highly specific to Manston. It is difficult to see how this information could be of value to anybody else. For me this illustrates the uncomfortable nature of this type of liaison between a commercial enterprise and a democratically elected body such as a council. If Riveroak wants to run Manston as an airport it would be far simpler if they just negotiated directly with the owners to buy it. The only reason they have got involved with TDC is because they think they will be able to get a bargain. This is unrealistic. Even if a CPO went ahead they would have to pay the commercial value for the land - so what is the point of a CPO?

Well said 10:37 and I've never understood how confidentiality applies to a public council.

Michael has a strange view that Riveroak breaking the agreement means TDC are still bound by it?

Especially now with FOI: all dealings with a council are by their nature of public interest and should be revealed. If any company doesn't like that then they can not deal with the council.

As you say, Riveroak simply seem to be trying to lever a bargain deal with a CPO. And our political chumps have proved to be willing but foolish lackeys.

And now Riveroak have pulled what's left of the rug form under their feet.

It's an utter mess of the politicians' own making by pandering to SMA.

How long before Iris resigns? End of the month? Gale deselected?

In the file called "Manston CPO - due diligence emails" on the Manston Pickle site is an email from Mark Kelly (Vice President and Controller, RiverOak Investment Corp LLC) to Madeline Homer, Paul Cook and Steven Boyle.

"On behalf of RiverOak, I am pleased to provide you with the following materials to assist you in your due diligence review.

1. Memo from Wragge, Lawrence, Graham & Co, LLP, RiverOak counsel, providing rationale and guidance to TDC for rejecting Freedom of Information requests regarding all Due Diligence Materials provided by RiverOak.

Why should TDC reject/deflect/avoid FoIA requests (which itself may be a criminal offence), and why would RiverOak want and encourage them to?

I think RiverOak have imposed an unhealthy level of secrecy.

You gotta wonder what RO are trying to achieve

Very interesting RO trying to FOI silence councillors - unfortunately for their rather silly lawyer is that the law is very specific that the presumption is disclosure not secrecy..and the public interest trumps any commercial confidentiality etc.

As you'd expect really given it's Freedom of Information.

No doubt councillors wanting to be re-elected will ensure FOI of all council documents...

Or the recently closed Blackpool airport, or why don't RO put in a bid for the real estate Tesco's own in Dartford and are not going to develop. There is plenty of scope for supermarket owned land not developed in this country, 1000 acres in the pipeline but only 6 being developed on.