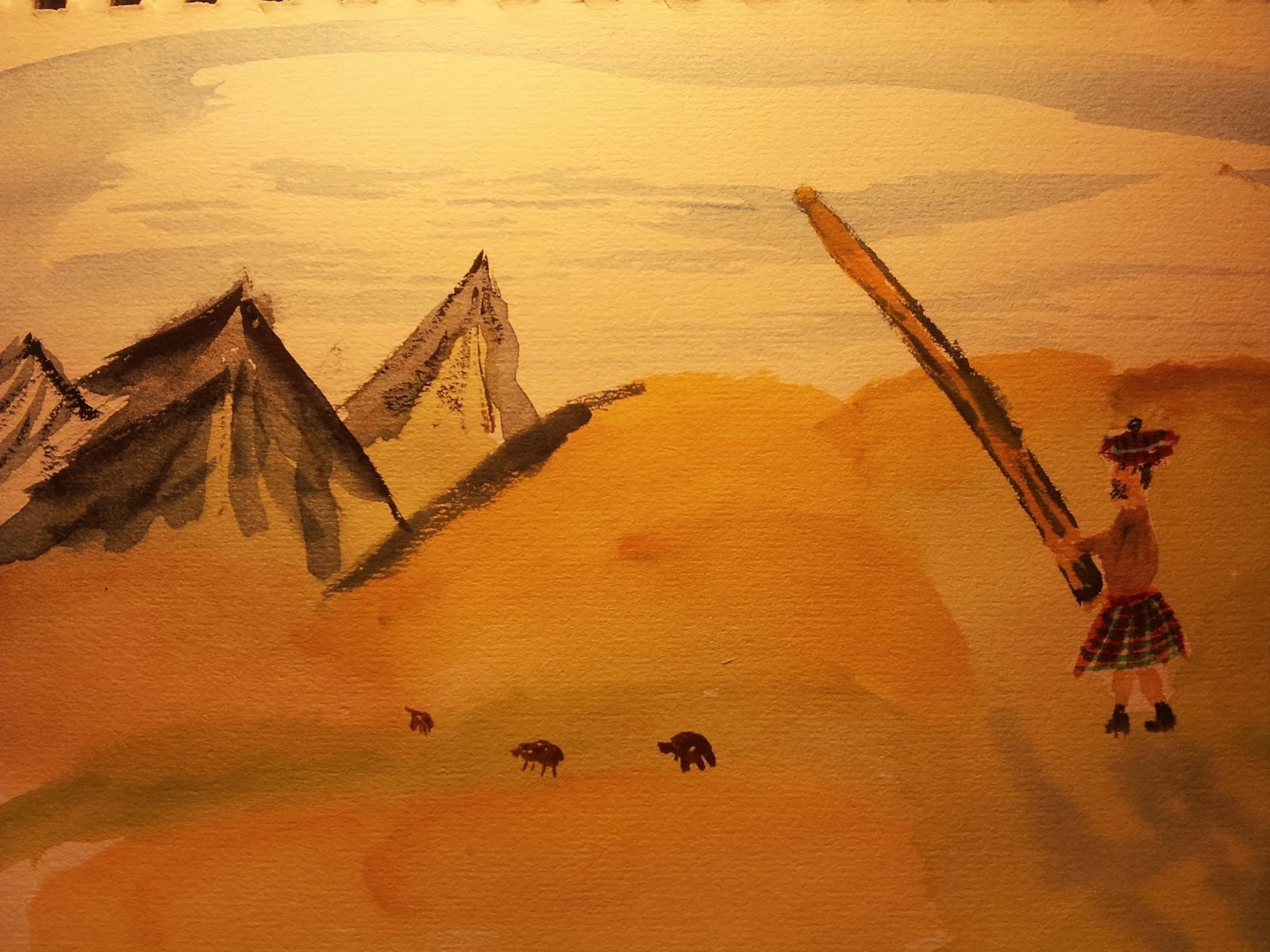 Photo of the popular hogmanay sport of haggis hunting

Next my predictions for 2014 in red

I think the main recent change here has been browsing the shops and then buying cheaper online, with the smartphone aspect of this being cutting edge at the moment.

I can partly explain this in teams of secondhand books, something I sort of understand, this is becoming a bit of a double edged sword with pretty much everything hanging on the price. In simple terms if the price in the shop isn’t competitive with the price (including p&p) online, then for the most part this spells the end of the shop.

So my prediction here will be more shop closures and I guessing that the balance has shifted so there will be probably more at Westwood Cross than in the Thanet towns during 2014.

Are there any more big skeletons in the cupboard? Not sure here I may come back to this later.

I intend to work on this post on and off today as I get the odd bit of time or I think of something.

Airport
I would guess the airport is more likely to go one way or anther, I would predict that the last fifty years of loss making commercial aviation there will come to an end fairly soon although I am not sure this will happen during 2014 but I would say the sale price of £1 was an indicator.

Pleasurama
With Pleasurama I guess the February 2014 date when the development agreement completion date expires, word on the street is that the developer can’t come up with the funding and isn’t likely to. Despite this I am predicting a long and expensive legal battle between the developer and the council.

Port Ramsgate
I guess Port Ramsgate has a bit of a history of making losses while Ramsgate marina makes a profit as an expensive boat park. The history of this is difficult to extrapolate due some creative accounting where the marina profits and the port losses get a bit tangled up. The prediction here is that the port will produce a loss again.

Pavillion
I guess the big question here is whether Wetherspoons are going to turn the Pav into another Mechanical Elephant, I don’t know what to predict with this one, but will go with it remaining a council owned derry.

Albion House
Well this one is finally under way and should soon be Boutique Hotel, which is what I am predicting.

Tunnels
The tunnels are due to open to the public in June and as they are the largest all weather leisure space in Thanet I am expecting this to be a very significant development attracting more visitors that The Turner Contemporary.

Westcliff Hall
Project Motormouth as it has become known locally still has a very long way to go as far as I can see, so I predicting that this will still be anohtere council owned derry by the end of 2014.

Slipways
Plans to turn the working slipways into a bar and café have been passed, but the council own the freehold and the lease at the moment stipulates that the site can only be used as a boatyard.

Of course the other side of the coin here is that the developer owns the freehold of The Custom House and leases this to Ramsgate Town Council, so factoring this in I would say it will turn into a bar and café and would expect work to be well underway by the end of 2015.

An amusing aspect of this is that the council has commissioned a boat hoist to replace the slipway but word on the street is that they have ordered the wrong hoist and it isn’t big enough to lift the windfarm cats.


Well with this one I am still waiting for the first showing of a major exhibition that will be a big draw for the artistic community worldwide resulting in gallery rage queuing and a monetary return for taxpayers, don’t hold your breath in 2014. I am predicting further catalogues where the exhibit numbers don’t match and further mechanical breakdowns.

These come from the post http://thanetonline.blogspot.co.uk/2013/12/new-years-honours-and-predictions.html so how did I do? And what about next year?

Retail, well most of the big chains are just about hanging in there but the pressure seems to be building. With non food and clothes retail it isn’t just about online competition but inter store competition, particularly at the quality end where the issue is. The shop that closed in 2014 that I miss the most was Chromos in Canterbury, this was the artist’s materials shop with the largest range in area. Fortunately the other decent independent artist’s materials shop Lovelys in Cliftonville is still there.

Back in the day Lovelys was the only place in Thanet where you could buy artist’s quality watercolour paint, now there is The Range and Hobbycraft, but is there really any more demand? Add to this it being cheaper to buy it online you really are going a lot more artists in Thanet to make all these shops work long term.

What I did miss was the unexplained and considerable improvement in retail sales in my bookshop during 2014.

So predictions for 2015 on the retail front. TDC will buy up more town centre shops to convert into residential, but their efforts to destroy Ramsgate shopping centre will be largely ineffectual. The new Sainsbury will bring more people to Westwood Cross but some of the chains with shops there will go down. Canterbury will continue to move from a shopping centre to a café centre. My own bookshop? Frankly nothing much would surprise me, the shop is still much busier than it was last year and this has a knock on effect of allowing me to buy more large batches which improves quality and prices.

TDC well 2015 is election year so I guess there will be changes, my take is that the present Labour run council hangs on people in Ramsgate who would normally vote Conservative voting Labour. This is roughly based on the enormous damage the previous eight years of Conservative administration did to Ramsgate at the end of which all of the major TDC owned iconic Ramsgate sites were derelict. For me Labour seemed to be doing a fairly good job of sorting this mess out until the bought the large shop opposite me to turn into social housing. But I guess for most people it will be the handling of the airport fiasco that will count and Labour’s support of a freight only hub which seems to have annoyed everyone regardless of how they feel about the airport. I guess I am expecting UKIP, Labour and the Conservatives to get a roughly equal share of the vote. I wouldn’t be surprised if this didn’t result in a mayoral referendum and an elected leader for TDC.

Airport, I would expect Discovery Parks to get on with turning this site in to a large mixed use development.

Westcliff Hall perhaps some movement there by the end of 2015.

Pleasurama, Cardy Construction seem to be well on the way with taking this one over and I would expect a new and better planning application for this site.

Port Ramsgate, like the airport I think it is pretty certain that a transport hub isn’t going to work there, so we hang in the balance between a polluting rubbish plant and the leisure based use that Ramsgate residents would like, I expect the worst from the council.
Pavillion, Wetherspoons open by the end of 2015.

Slipways, not sure how the standoff there will go but probably another pub in the building by the end of 2015.

I may do some more on this one

What about TDC gets a new Chief Executive?

Resignation of a leading cllr.