New Local book "In Search of the Broadstairs Shipbuilding Industry" by Michael Hunt and a short ramble. 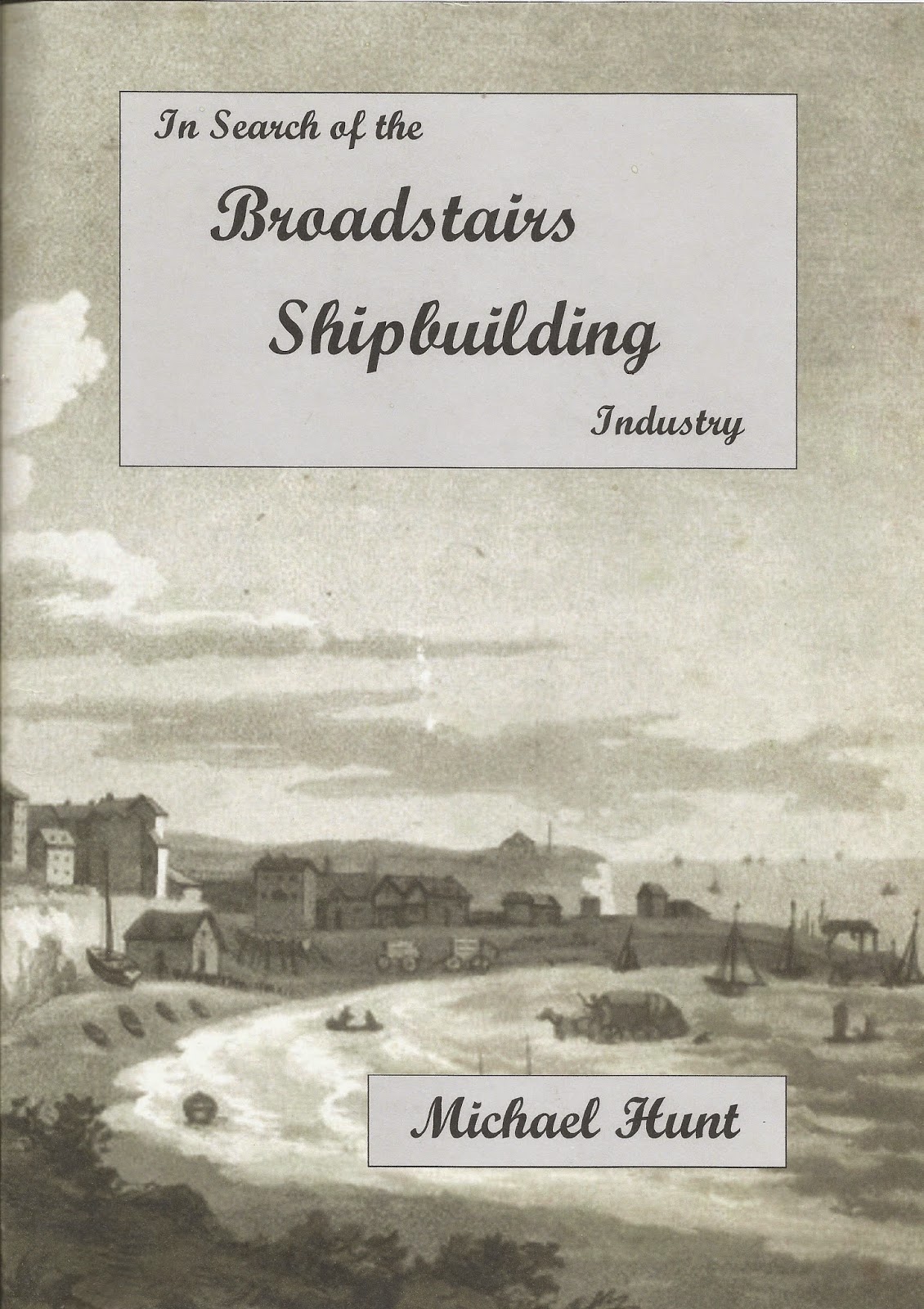 That ships of a considerable size were once built in Broadstairs is a claim that has been made in articles and guidebooks ever since the last vessels were launched in the early 19th century, and one that continues to appear in tourist information to this day, most noticeably on the information board near the site of the town’s former shipyard.  Now, for the first time, local historian Michael Hunt has explored in detail the subject of the town’s shipbuilding past – when did it start?  How and why did it end? What ships were built, and for what owners and trades? 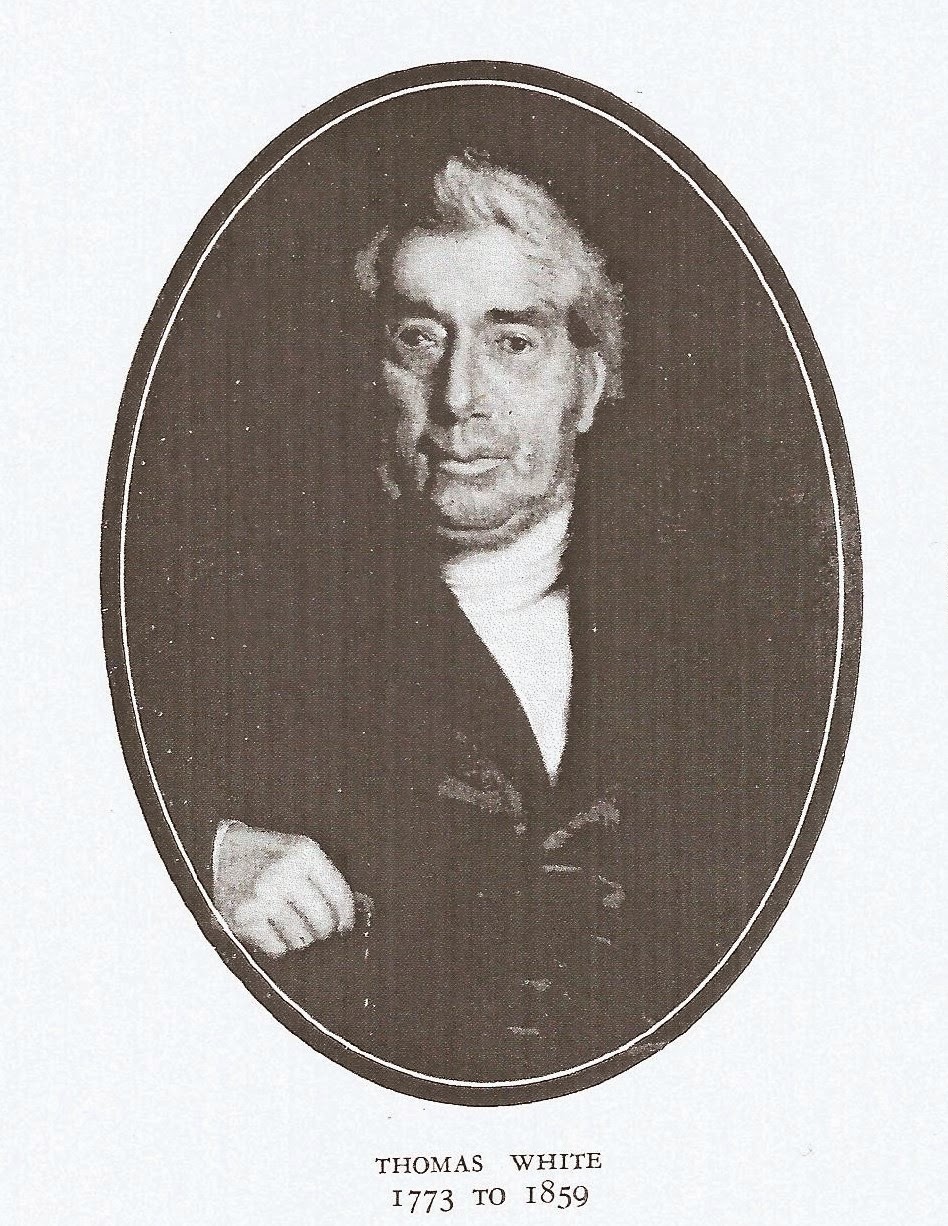 The family of White were prominent in the local industry and it was a Thomas White who, in the early 1800s, left Broadstairs to found what came to be the great shipbuilding firm of J. Samuel White & Co. Ltd; of Cowes, Isle of White.  The history of that company is well documented.  But the subject of White’s Broadstairs shipyard and its products, both before and after Thomas White’s departure, is a matter that has received only cursory attention up until now. John White; hull lines
In Search of the Broadstairs Shipbuilding Industry takes the form of an investigation into the yard, its personnel and the ships it produced.  Relying as much as possible on primary documentation the author acts the detective and picks his way through what little physical and literary evidence has survived whilst avoiding the descent into conjecture and supposition to which previous attempts at the subject have been prone.

Both merchantmen and naval vessels were built in the Broadstairs yard;   but was their production merely an aspect of Thanet’s seasonal mixed economy? Or the product of a full-time viable industry?  Our detective pokes and peers into these and other questions; but whether he is successful in uncovering a coherent picture of this little known aspect of Thanet history is left to the reader to decide. 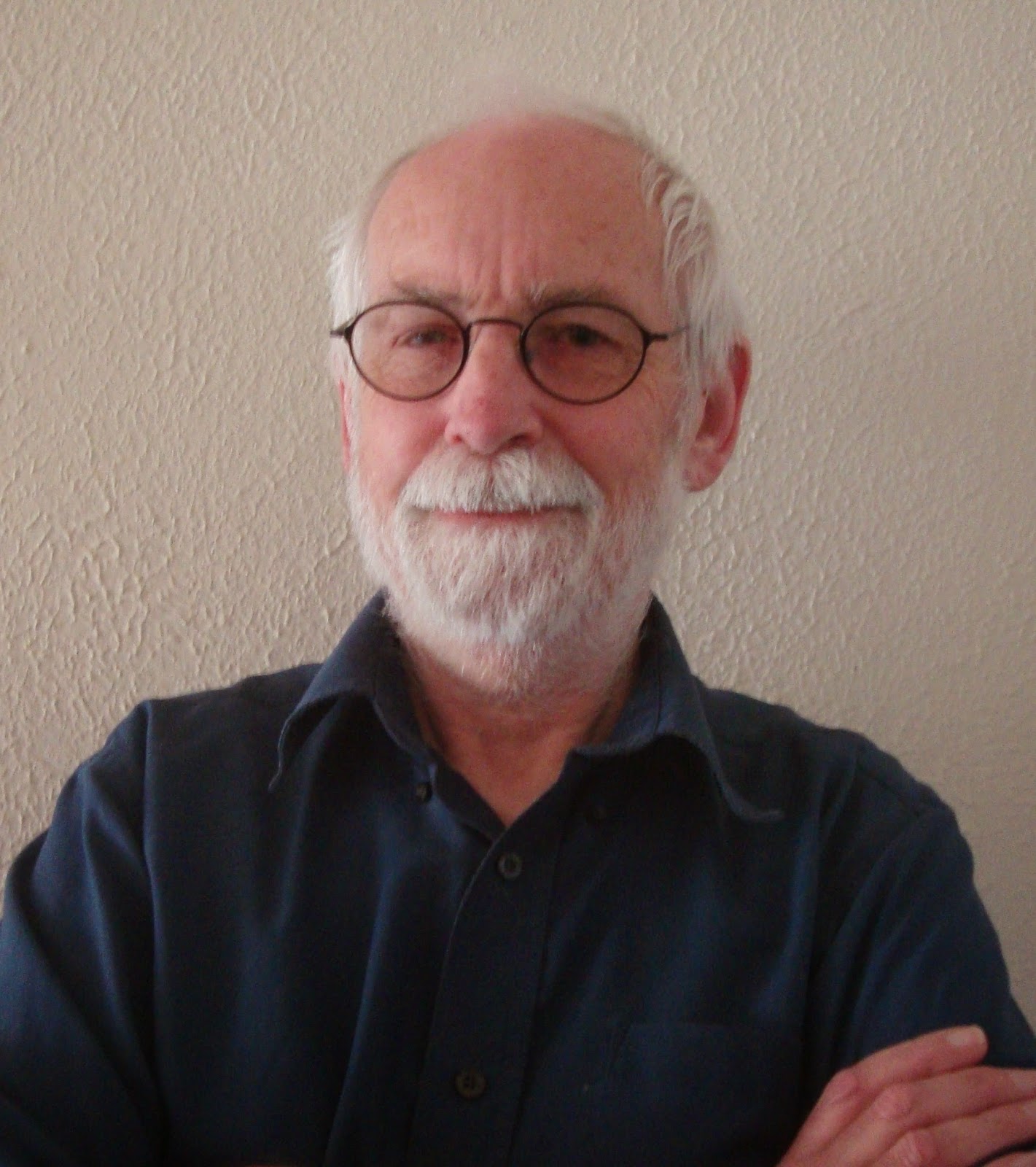 In Search of the Broadstairs Shipbuilding Industry is available price £6.99 from Michael’s Bookshop, 72 King Street, Ramsgate; Or from out website at  http://www.michaelsbookshop.com/catalogue/in_search_of_the_broadstairs_shipbuilding_industry.htm (e-mail:michaelsbookshop@aol.com).  Open 9.30am – 5.30pm except Sundays & Thursdays.

Just a short bookshop ramble here as there is nothing much happening on the local news front, I did manage to get the new Ramsgate Tunnels maps printed, with five different Ramsgate historical maps in print now I thought I ought to do something about our stock of secondhand Ordnance Survey maps. 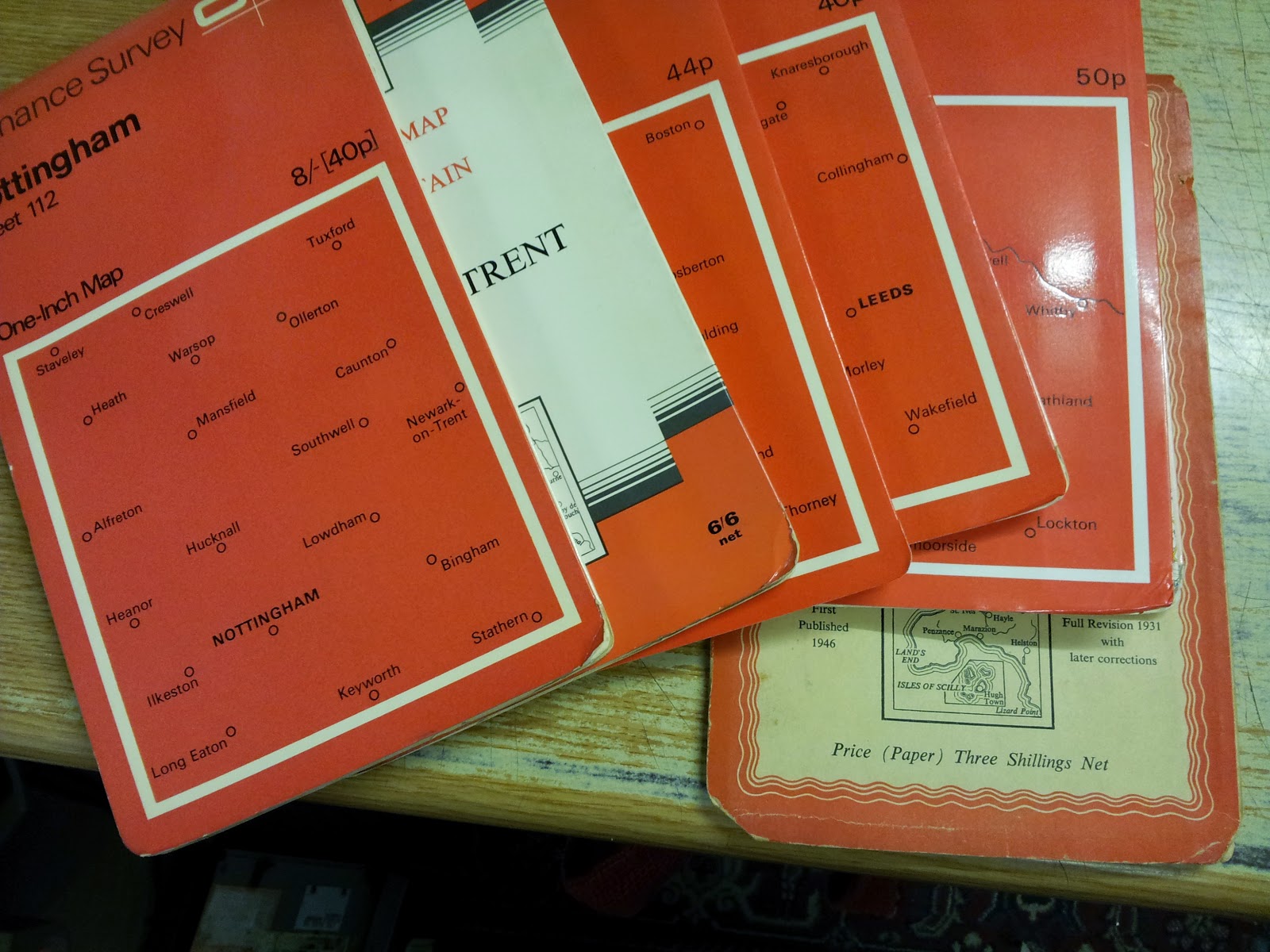 This mostly consists of a few hundred of the old and now out of print One inch series, demand for these is slowly increasing and we usually sell them for around £3 if they are in good condition. 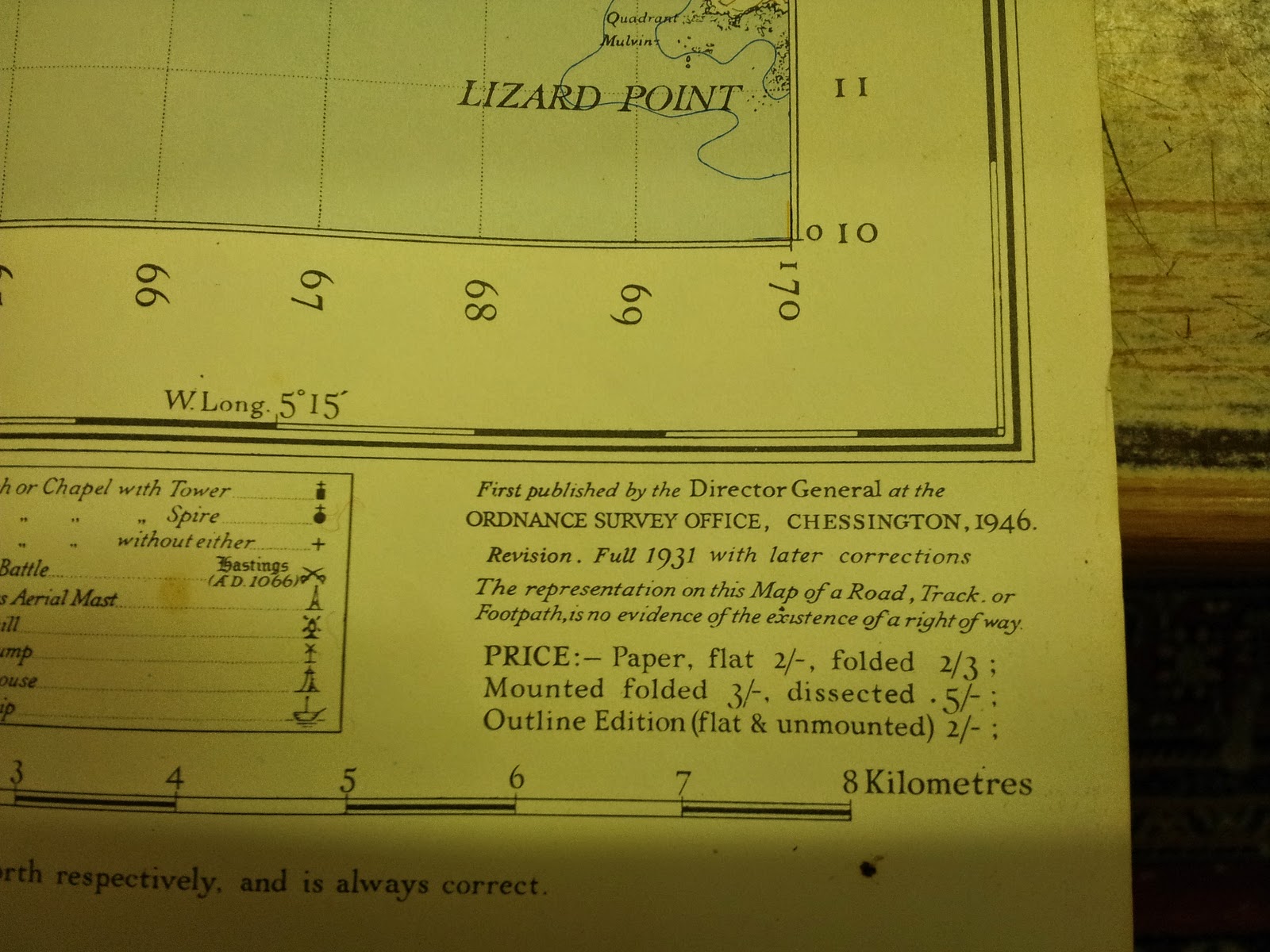 Anyway I have now made a shop fitting to hold our stock and it will be out in the shop when I have priced them all, ‘fraid we used to rely on the, “have you got?” situation.

As the prices are printed on the maps it gives one some idea of the history of inflation. 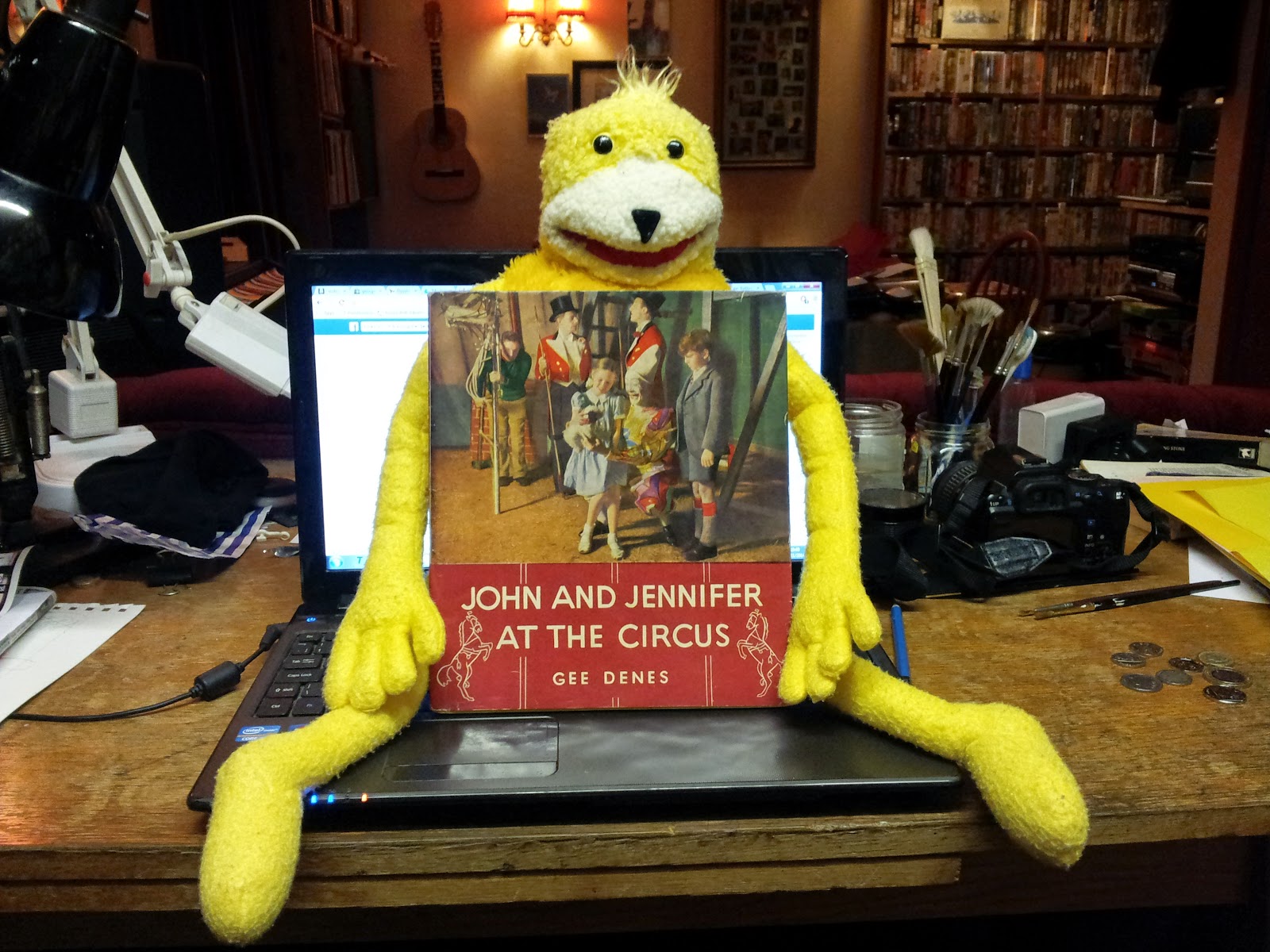 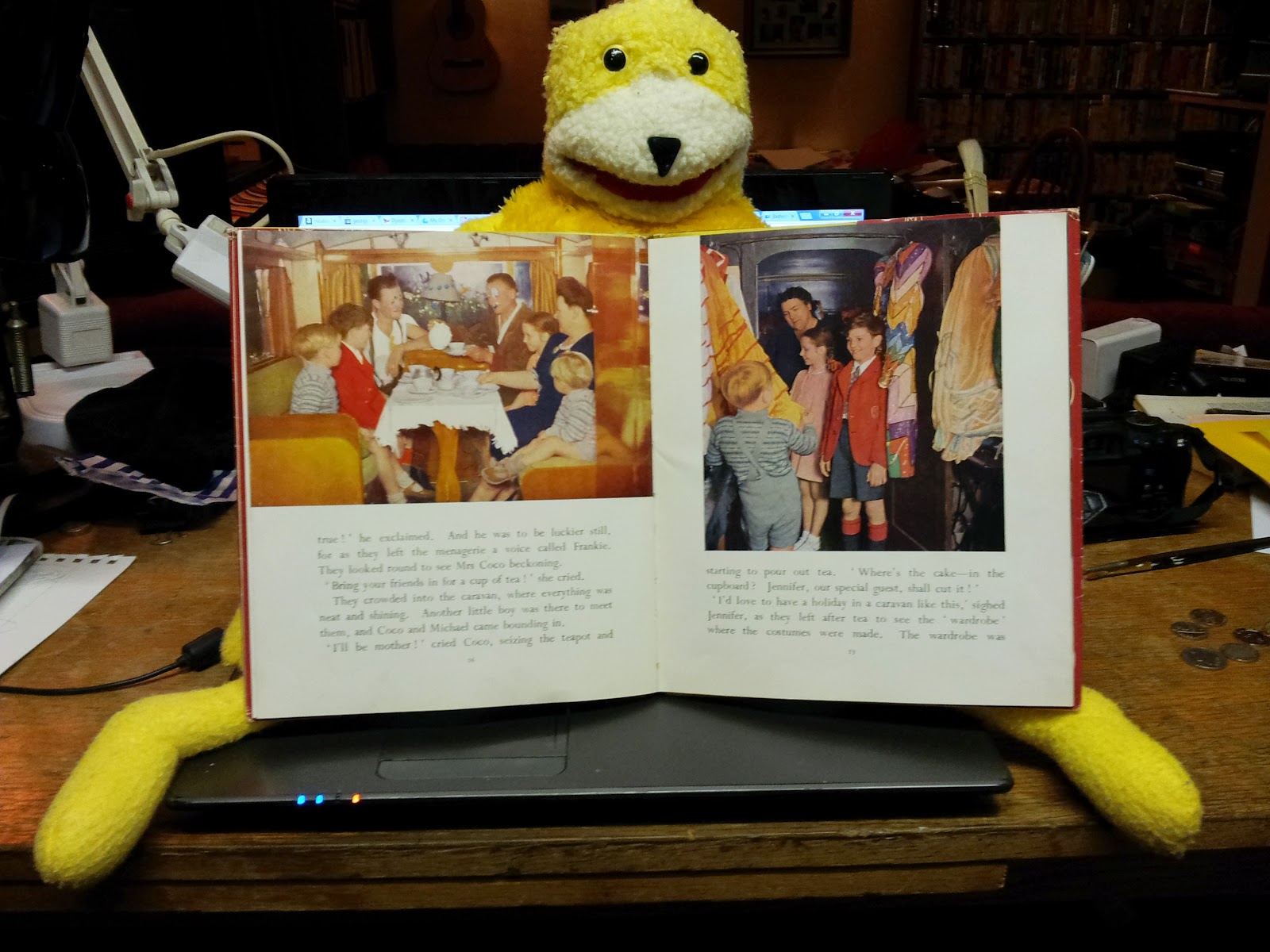 Flat has been looking at John and Jennifer at the Circus 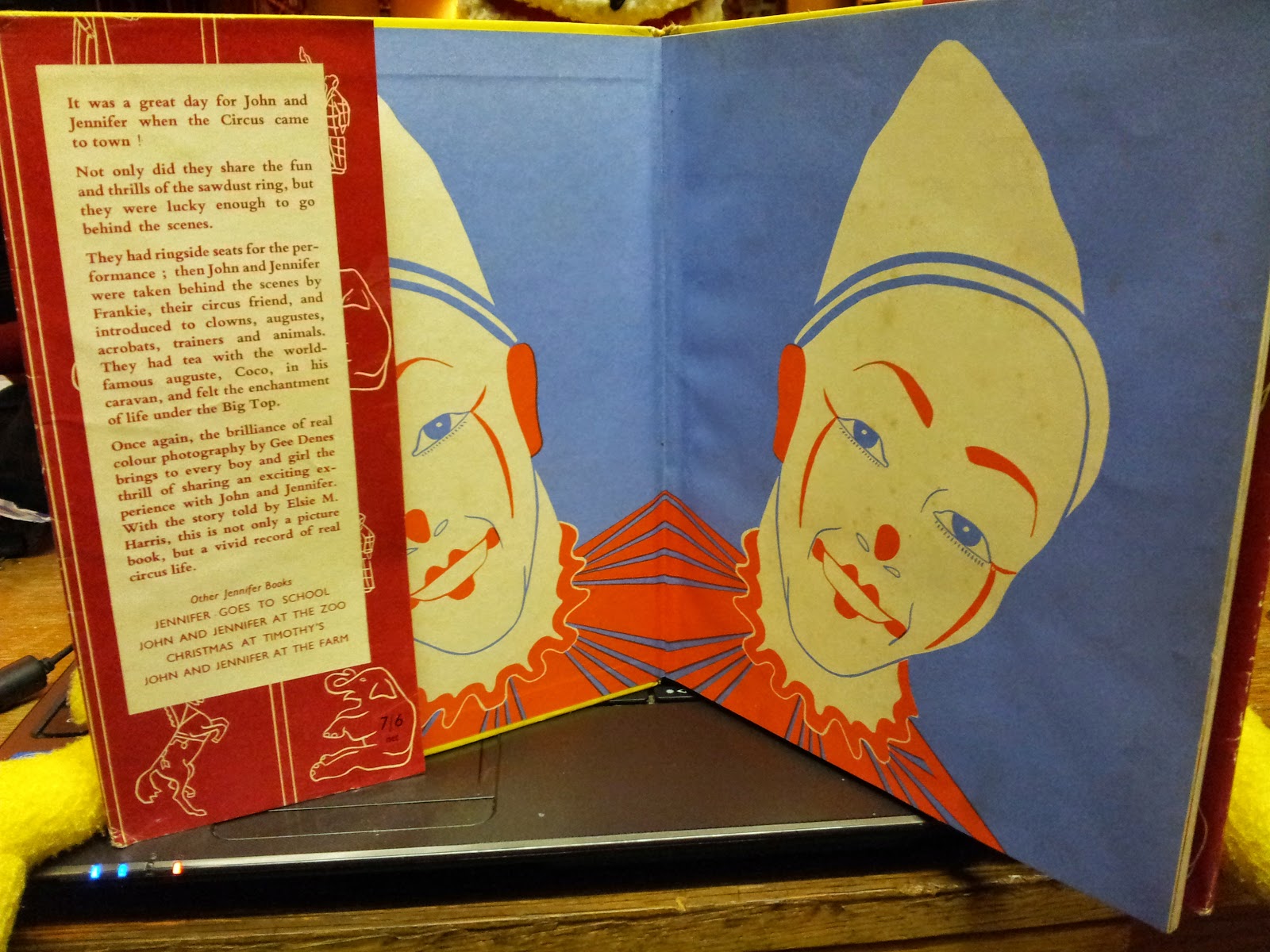 Nice to see a copy in an unclipped dust wrapper, this copy is a first edition 1949 7/6 equates to 37½p the average wage then being around £5 per week so a third of a days pay. The average wage now is around £500 per week, which is interesting to me as I can’t quite follow how this children’s book equates to £37.50. at the same time an ordinary Penguin paperback was 2½p or a fortieth of a days pay, so probably cheaper than it is new today. 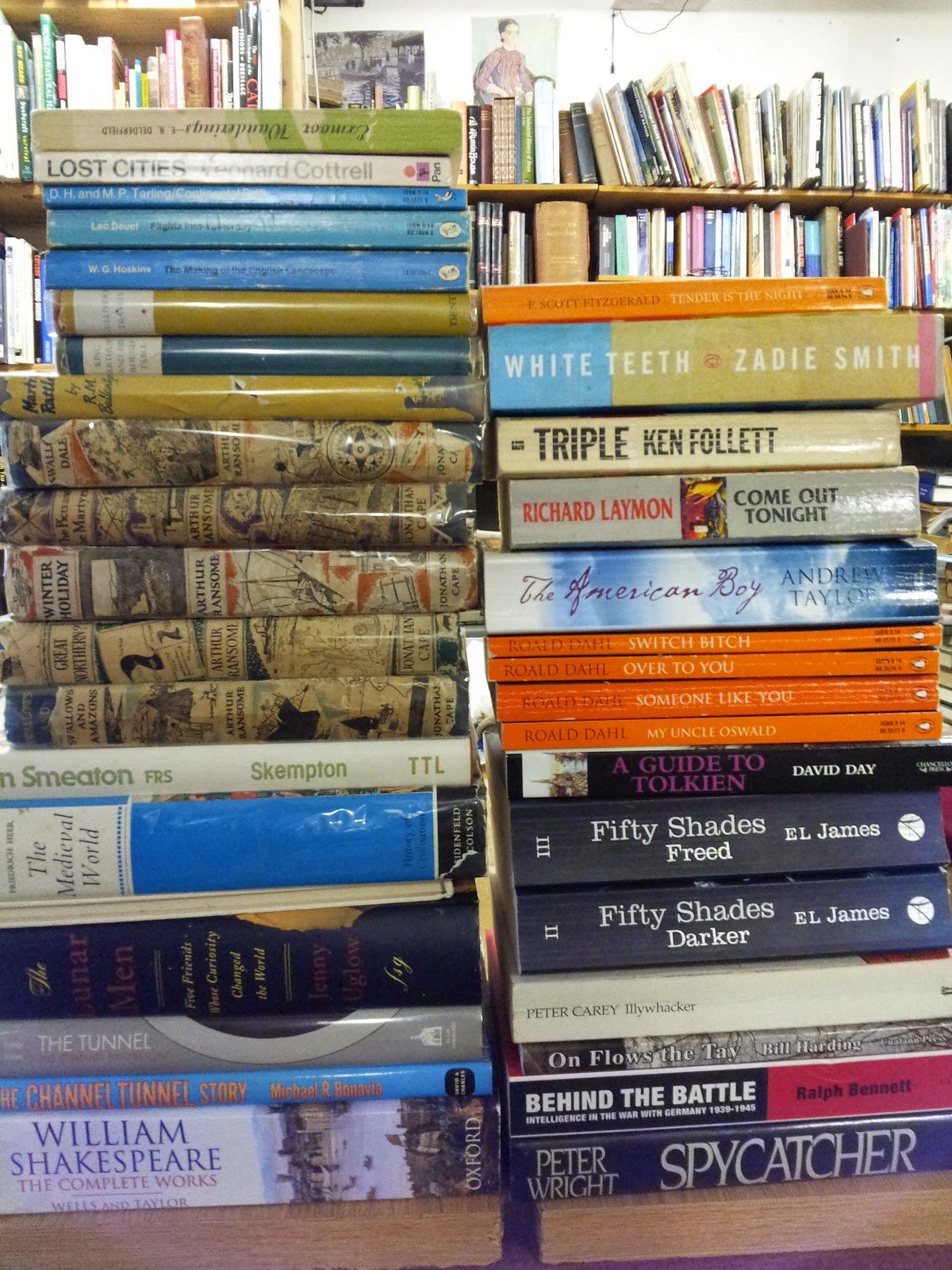 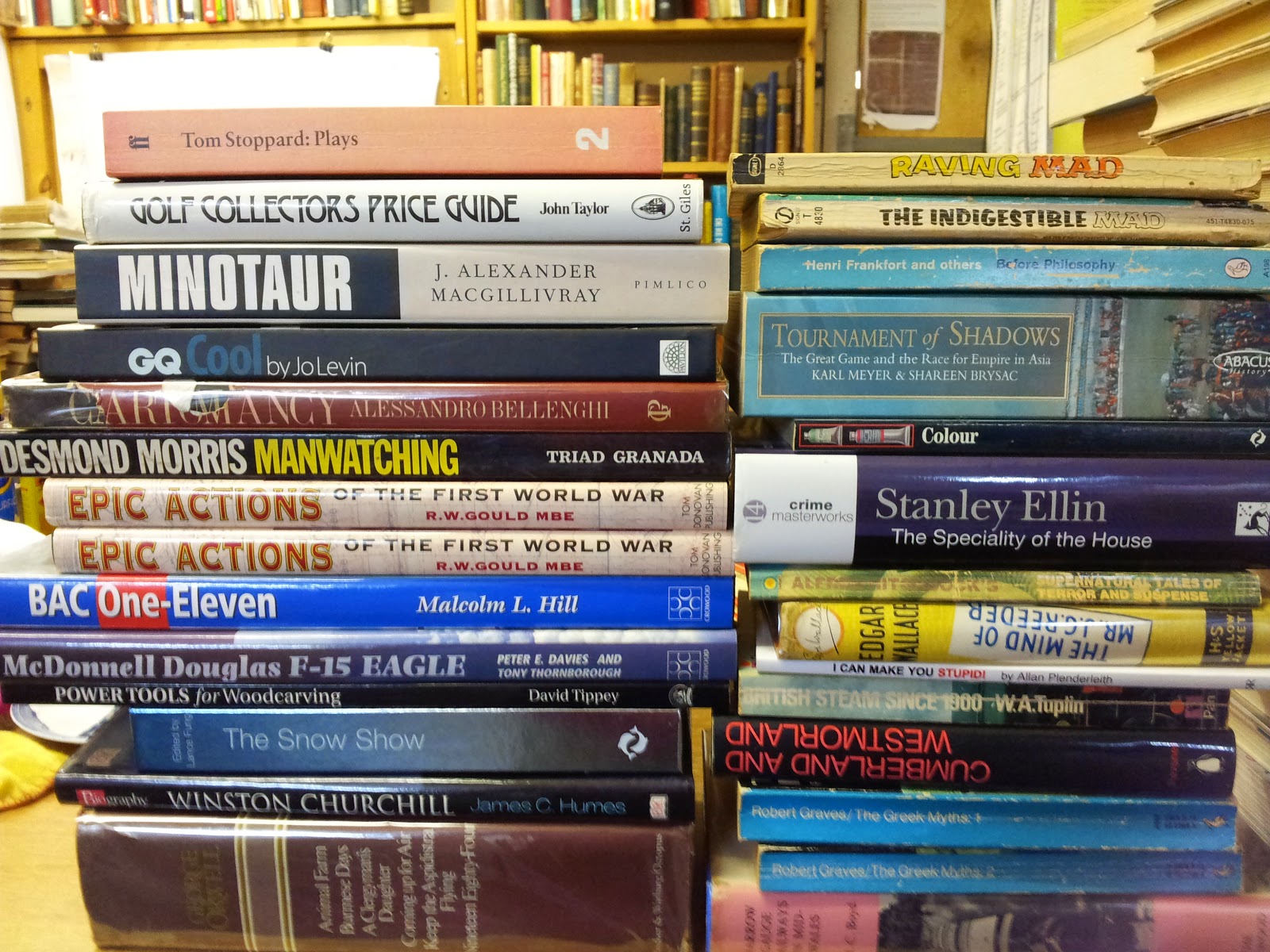 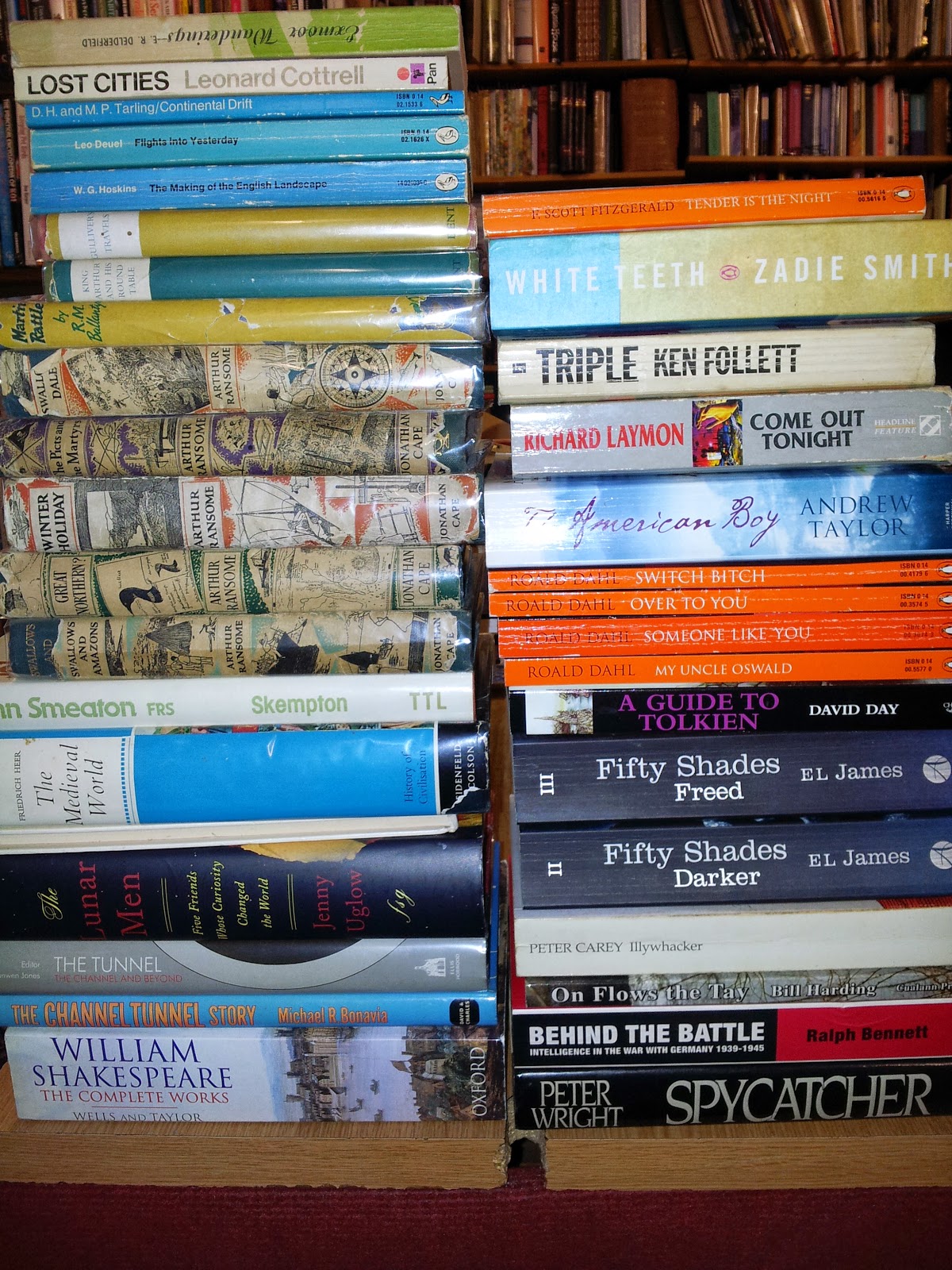 These pictures are of books that have just been priced and are waiting to go away on the shelves, about a quarter of the ones we priced today, as it has been fairly quiet in the bookshop. 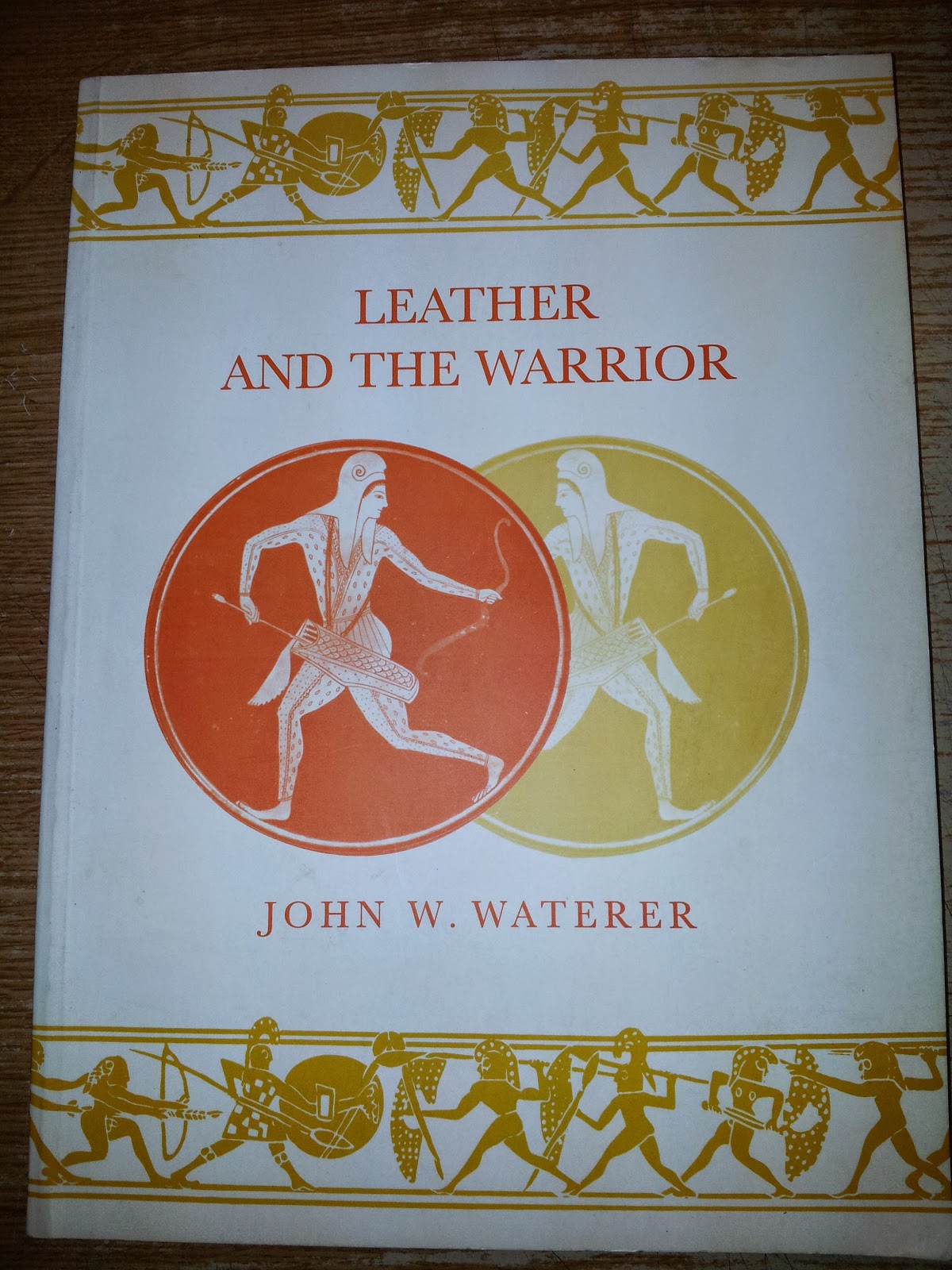 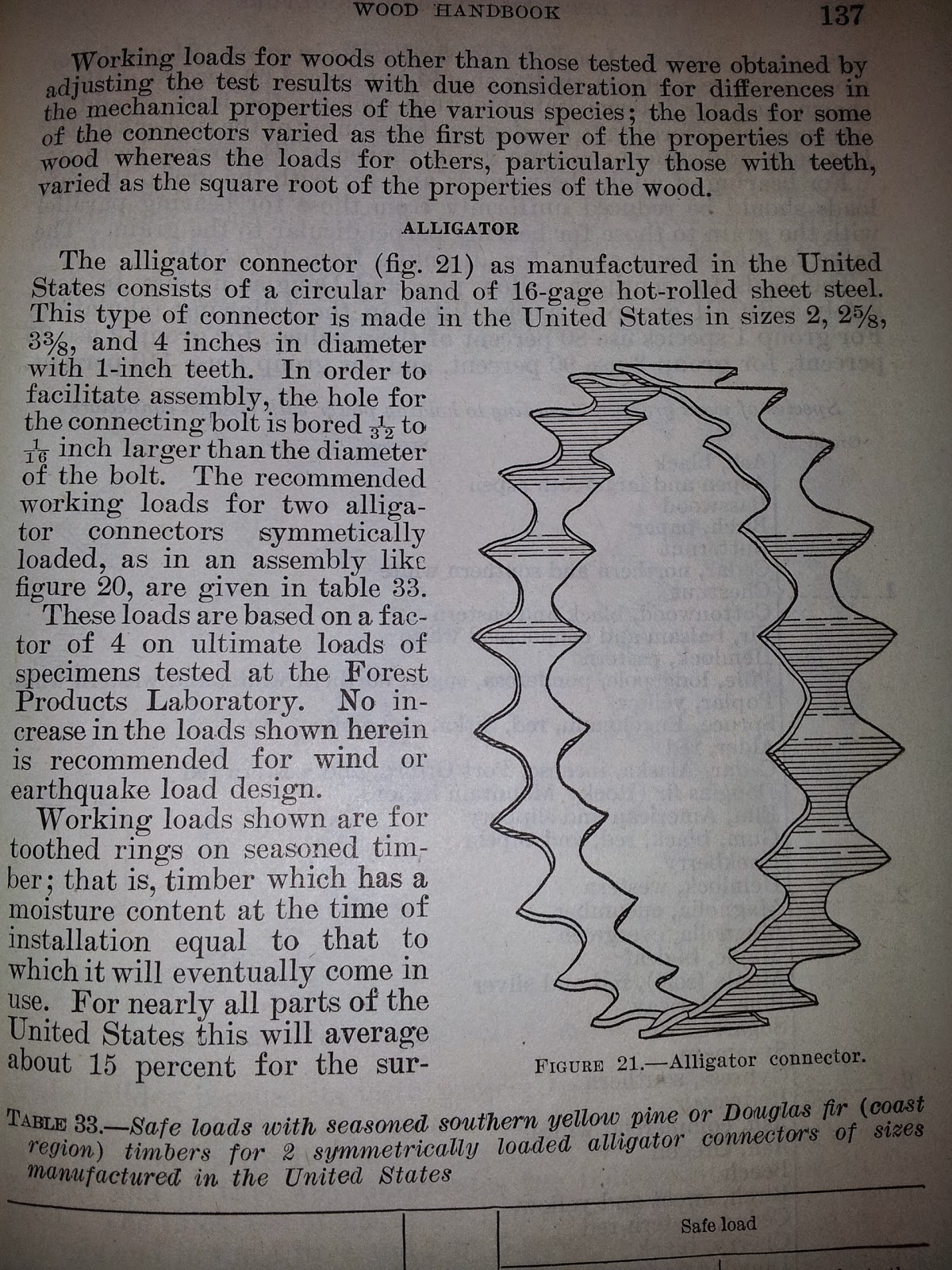 And here something I had never heard of
Posted by Michael Child at Tuesday, November 04, 2014

Labels: In Search of the Broadstairs Shipbuilding Industry

I've always admired the work of Mike Hunt. Truly a spectacle to behold! ;-)