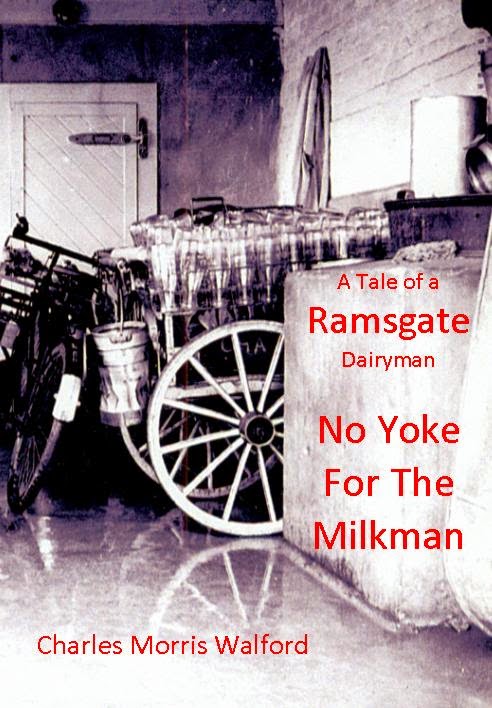 I have finished “A Tale of Ramsgate Dairyman - No Yoke for the Milkman” by Charles Morris Walford, this is A5 format about 100 pages fairly small print priced at £5.99.

I found this one a very relaxing local read, if you want to buy it online here is the link http://www.michaelsbookshop.com/catalogue/a_tale_of_ramsgate_dairyman___no_yoke_for_the_milkman.htm

The author moved to Ramsgate in 1922 aged 16 and lived in Ramsgate until he died in 2000 aged 99 the book covers the period from 1922 to the time he wrote it in 1963 and I think will make an ideal stocking filler for anyone with an interest in Ramsgate during that period.

The business of milk distribution was critical one to the development of any town before the invention and widespread use of domestic refrigerators, as far as I can see there is virtually no information published about it or the people involved, so apart from being a biography of well regarded Ramsgate businessman there is some content about milk distribution that I don’t think is available elsewhere.

For me though the area of interest is that this book is about someone working in Ramsgate during the period immediately before I first moved here.

On the local interest front I don’t think there is anything much of import going on at the moment, the new Sainsbury at Westwood Cross is due to open on Wednesday, as it is going to create 150 new jobs I am assuming that it will be considerably larger than their existing supermarket at WC.

Here is the link to their website http://www.j-sainsbury.co.uk/about-us/property/supermarkets/south-east/thanet/ and I am pretty sure milk bottles won’t figure in the equation.

On the Pleasurama front Cllr Ian Driver has capitulated and given up trying to overturn the high court ruling over his leaking information about the deal with the council to allow the development to continue.

A spin off of this was the reason I moved my blog from thanetonline.blogspot.co.uk to here which partly had to do with what an American interpretation of the British have to say. I figured that if the council sent a solicitors letter, backed by the ruling of a high court judge, to Google, complaining about content then Google could delete the whole blog.

I would guess that neither the council, their solicitors, the judge or Google would care about it much, but I thought it would be nuisance to the people who read the older posts with local history and picture content.

At the moment my understanding is that investigations into the structural integrity of the cliff façade are ongoing.

The Manston airport issue is still ongoing and I guess the key to this one will be the site valuation if things ever get that far, in the meantime most of those who say they support the airport seem to have become diverted into the business of protest rather than sticking to an objective that preserves some aviation use at Manston.

I don’t think it is so much a question whether TDC stop pursuing a cpo as when, with the longer the delay, the greater the cost to council taxpayers. My main concern is that without TDC supporting discovery Parks and their intention to invest £1bn in Thanet we could wind up with no investment, a long legal battle and another long term derelict site in Thanet.


On the bookshop front, the degree of extra business is continuing, I am still trying to work out why, as far as I can see increased book sales are across the board. My bookshop has just short of a thousand shelves, both fiction and non fiction and on most subjects, the space on the shelves seems to in all the sections.

I have just been around the shop and taken a few pictures with my mobile, below. As you can see. What? Well I suppose a lot of books, from my point of view it is fairly difficult to work out what is going on, I would say a large estate car with the back seat down filled to the roof with books would equate to about one book on each shelf assuming they were a mixture of large and small.

Talking to customers and trying to work out the whys and wherefores I think this may be partly to do with a settling down of the way we use text and picture media storage, obviously books form part of this and I am trying to produce a book stock weighted towards the areas where the printed book is the best medium. I also think a very big factor is leisure related, until the internet came along non food and clothes shopping formed a fairly significant part of our leisure activities. When you take the remaining non food and clothes shops and you extract the ones selling products that are significantly more expensive than the same products cost on the internet there isn’t much left and most of what is left isn’t very good. Perhaps another issue is with the books available in the public libraries, rather like the big chain booksellers the focus seems to be on the internet, but not on the areas where the book is a better medium. A much expanded are of my bookshop is the children’s book section, I am convinced that children need to read to be successful in life and am fairly certain that much of the reason they do this is because they see the adults around them reading, buying themselves books, borrowing books from the library, having books on their shelves at home and using books to find things out. A big worry to me is that with many parents moving to using technology exclusively for their reading, their children are not experiencing the example of adults reading which can only really be shown with a physical book.

Anyway having probed around some of the areas, rather like a hole in a tooth, I am still really none the wiser as to why my bookshop is so much busier than it was last year.

Anyway here are the pictures, I have tried not to repeat any parts of the book shelving. 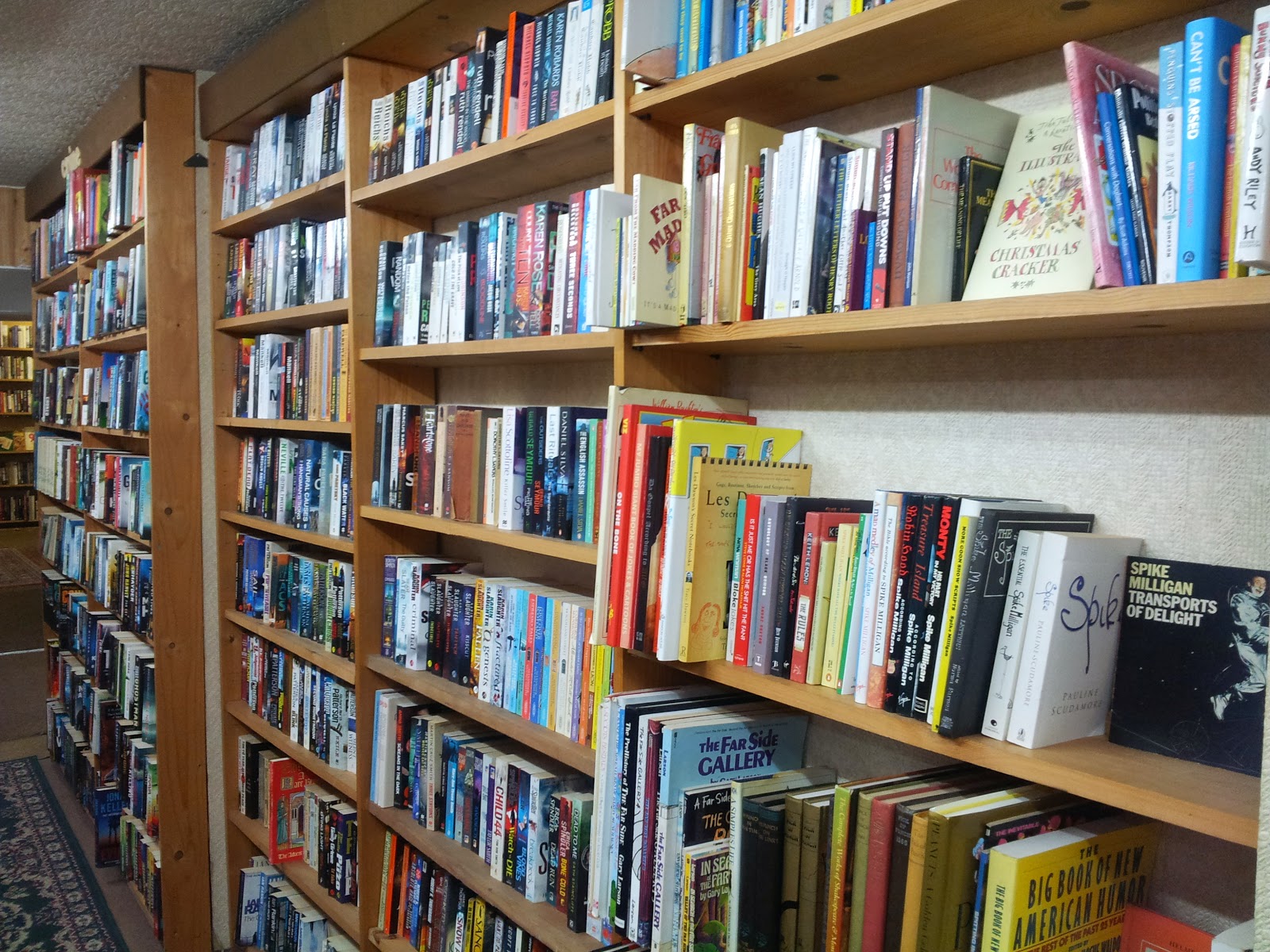 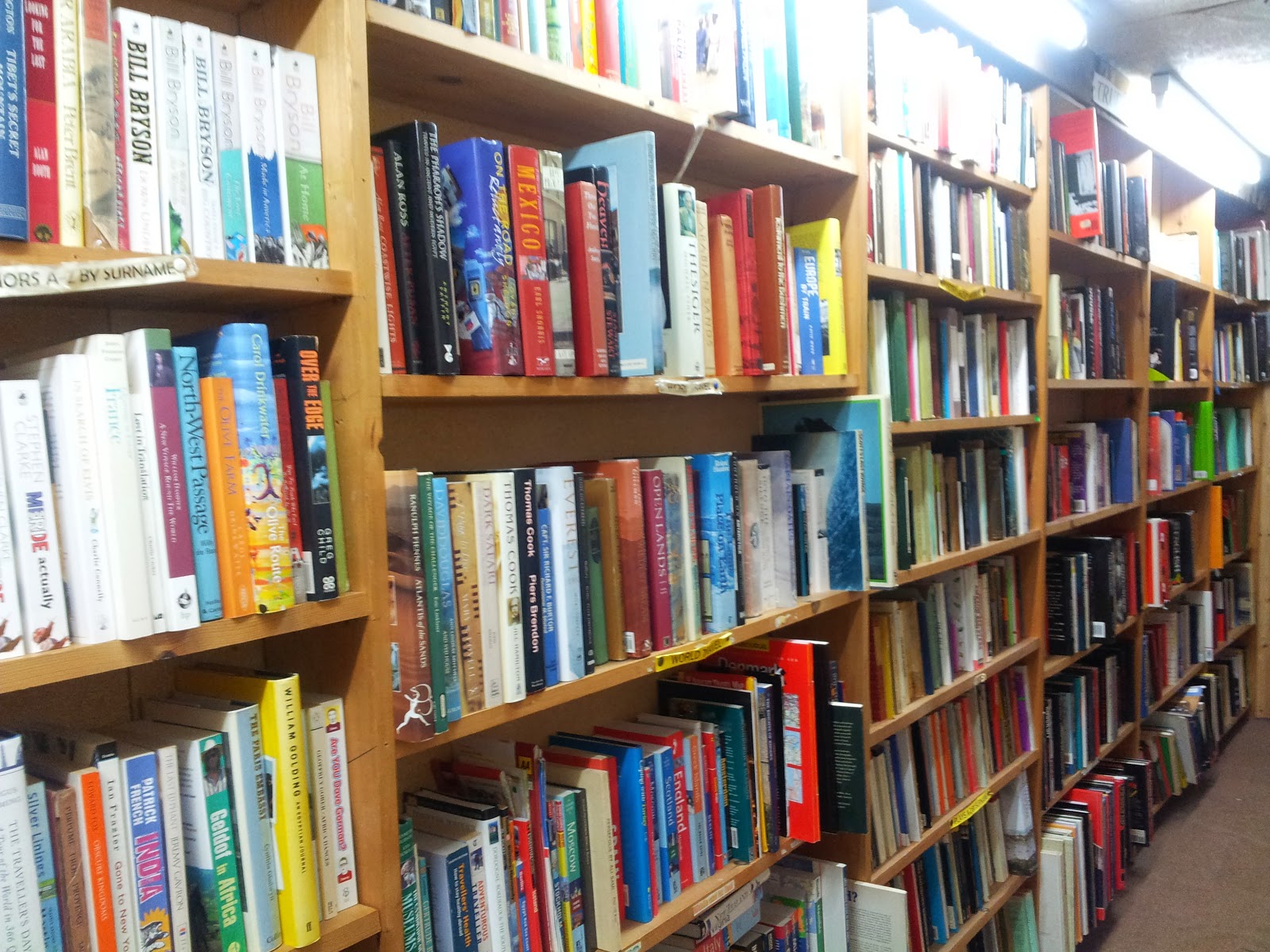 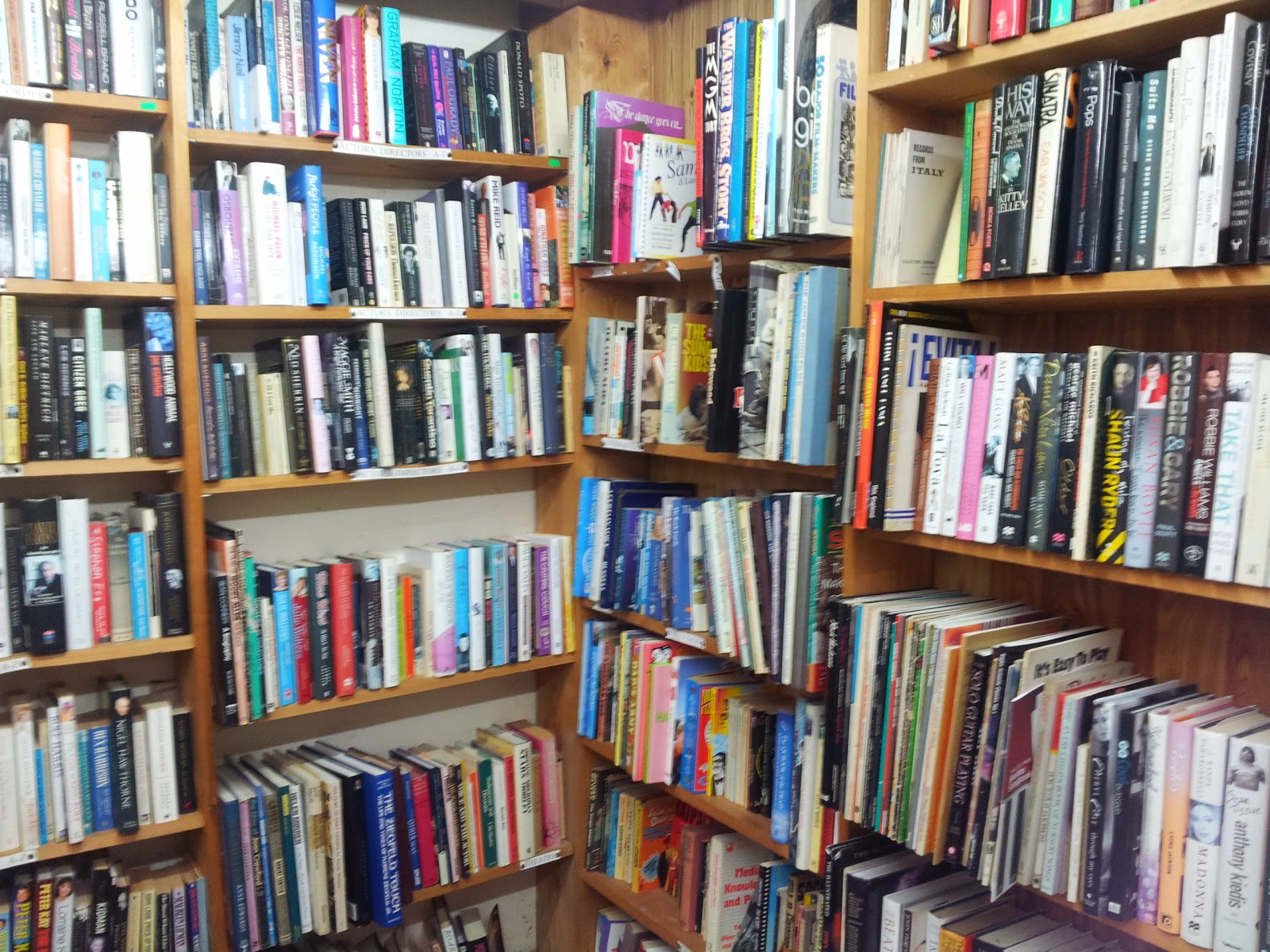 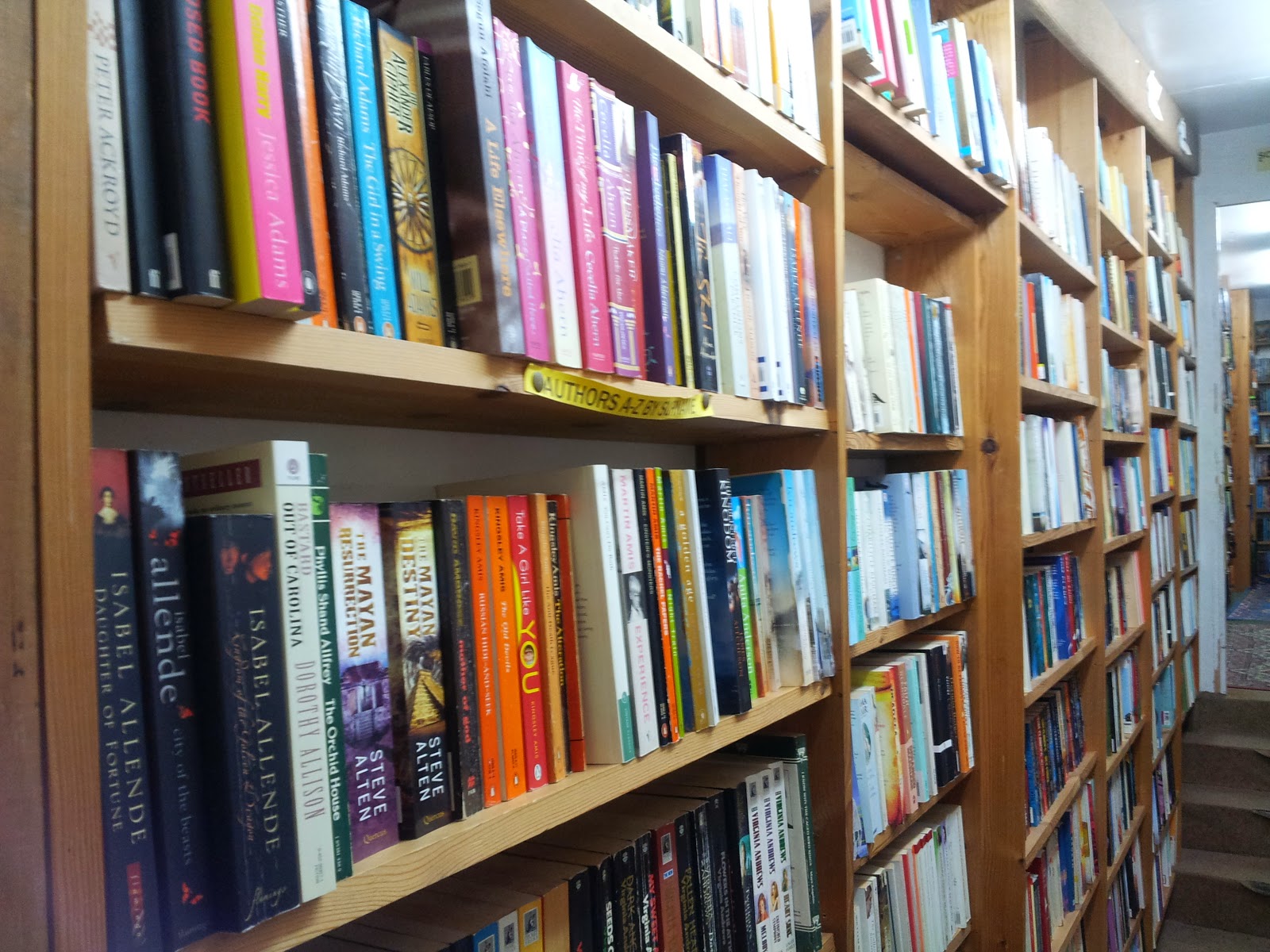 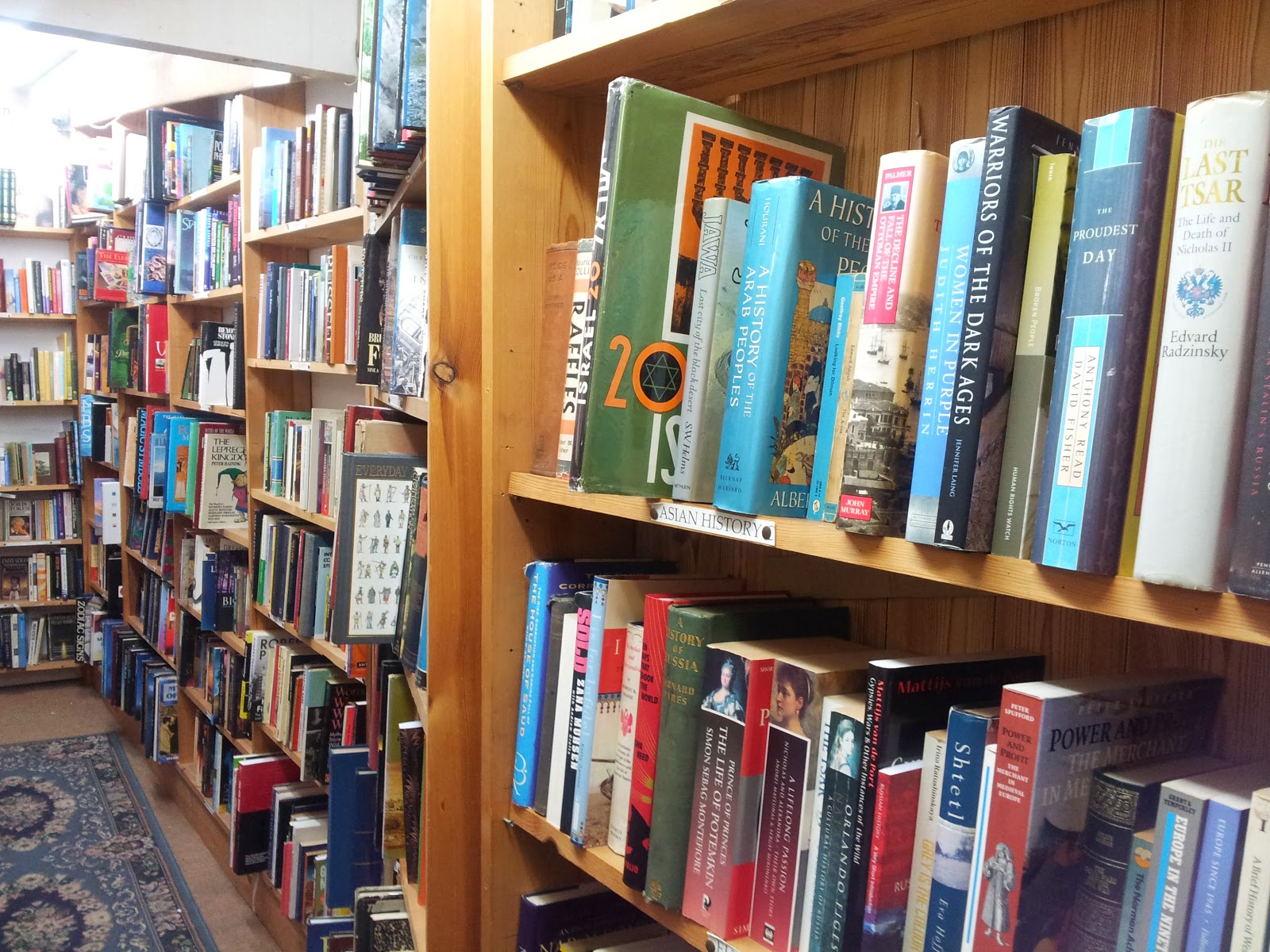 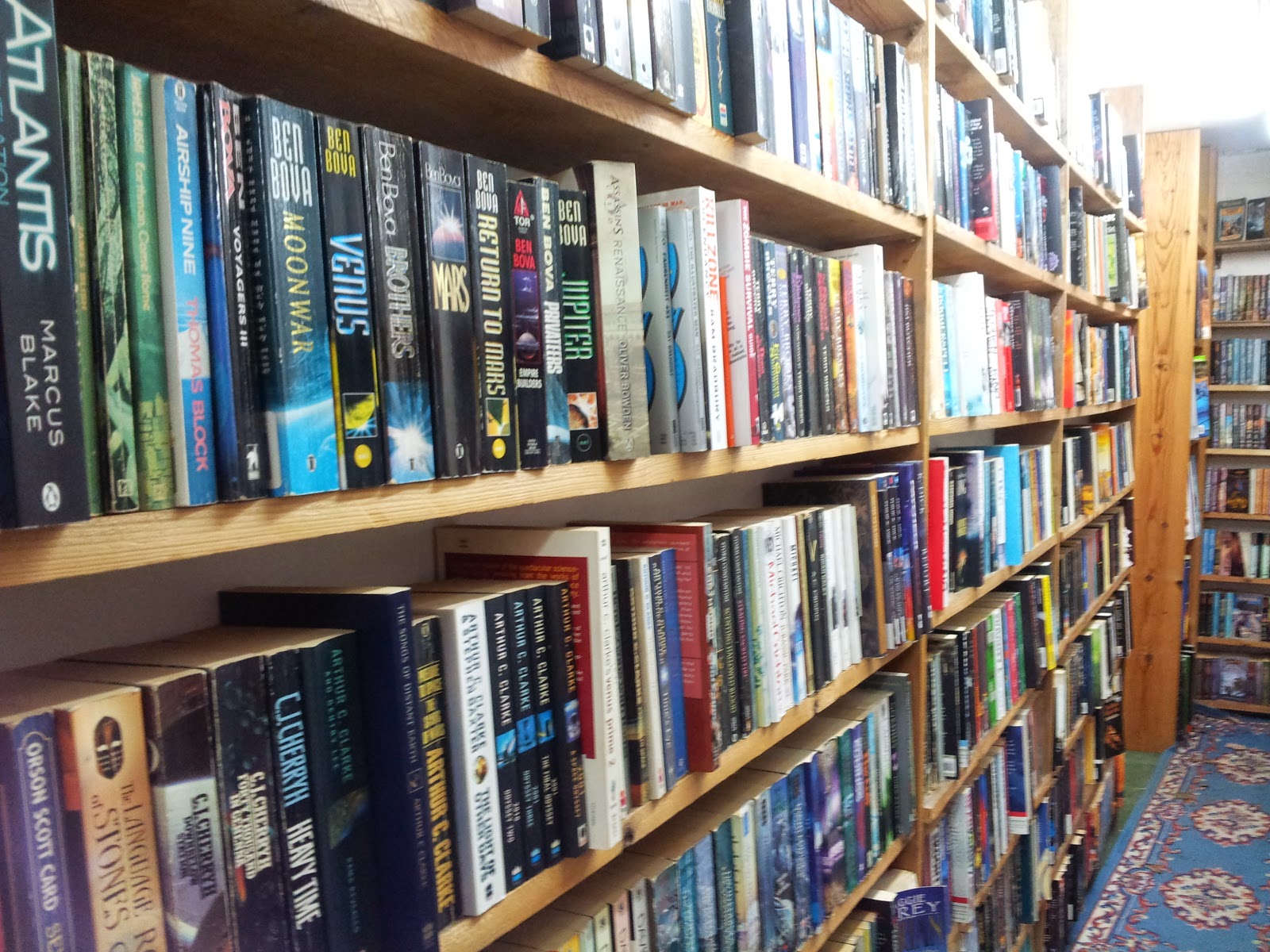 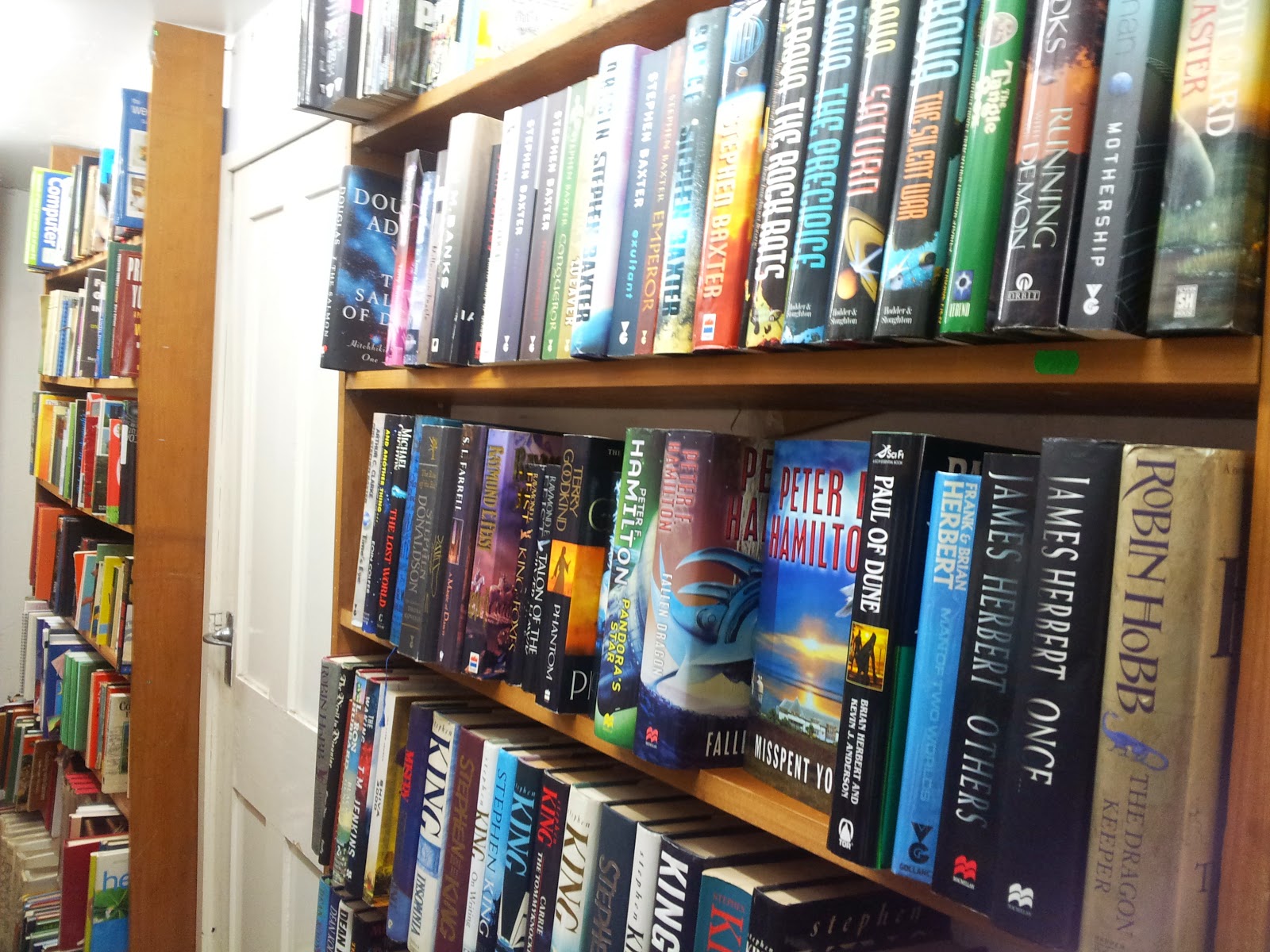 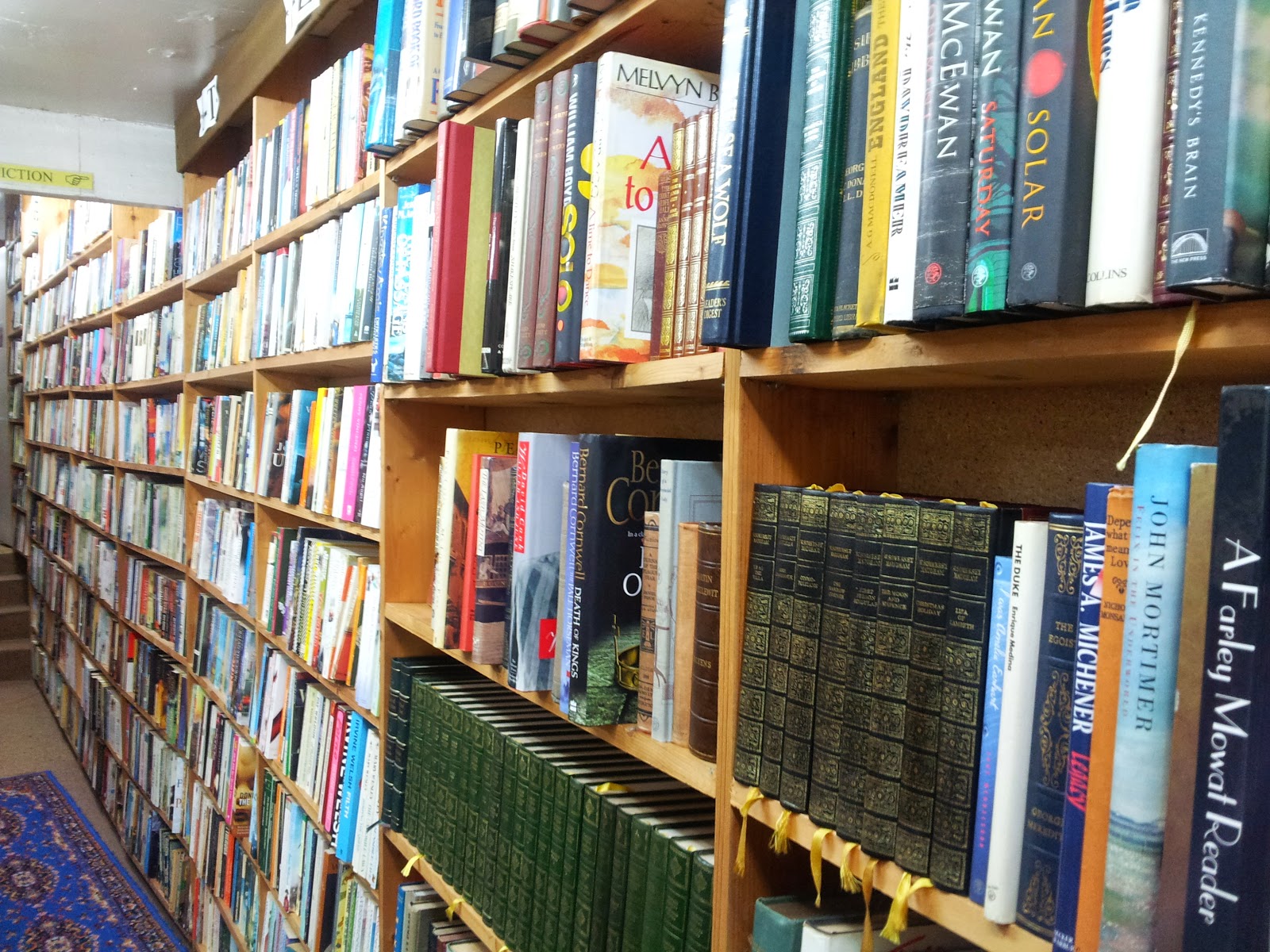 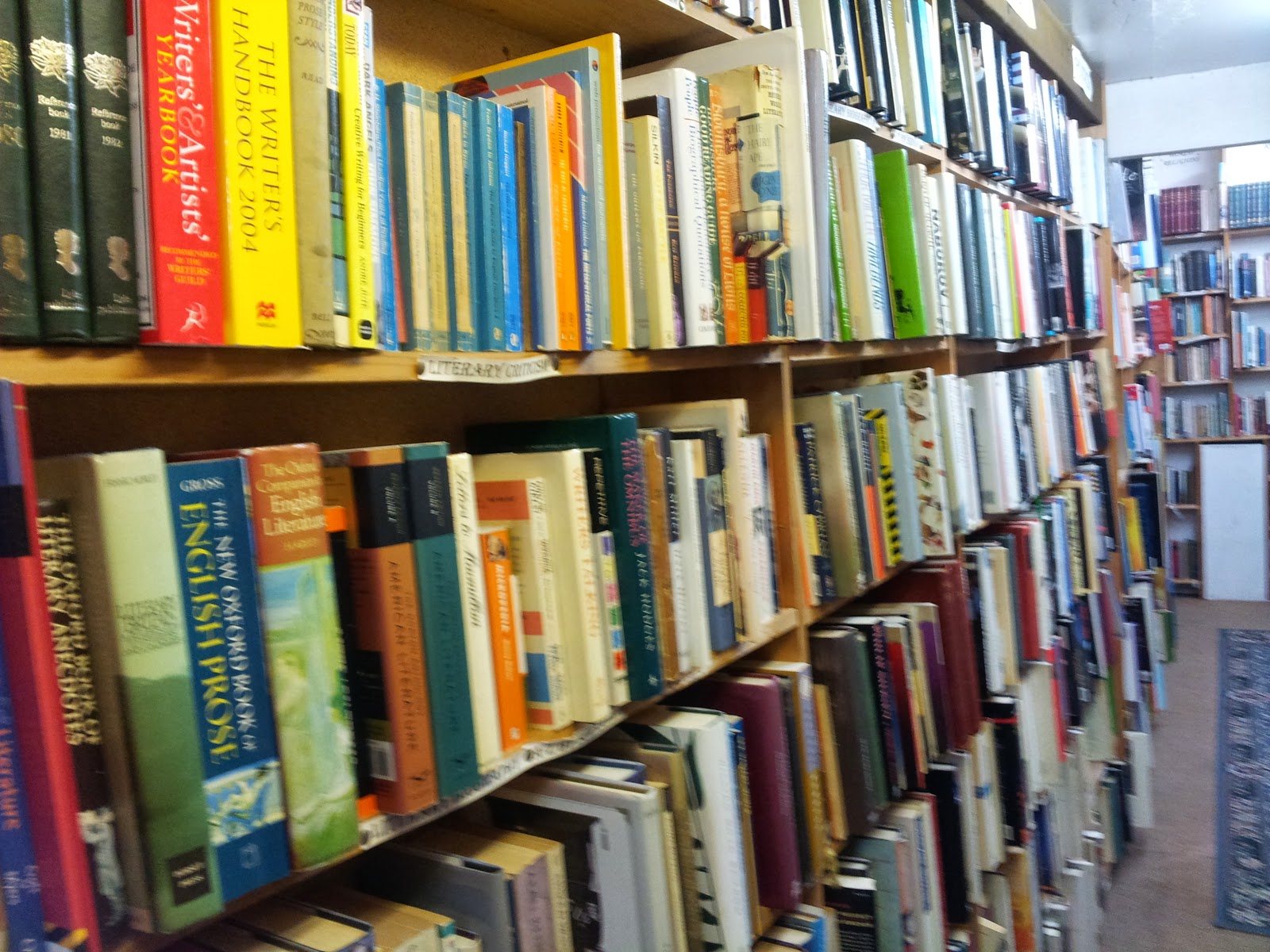 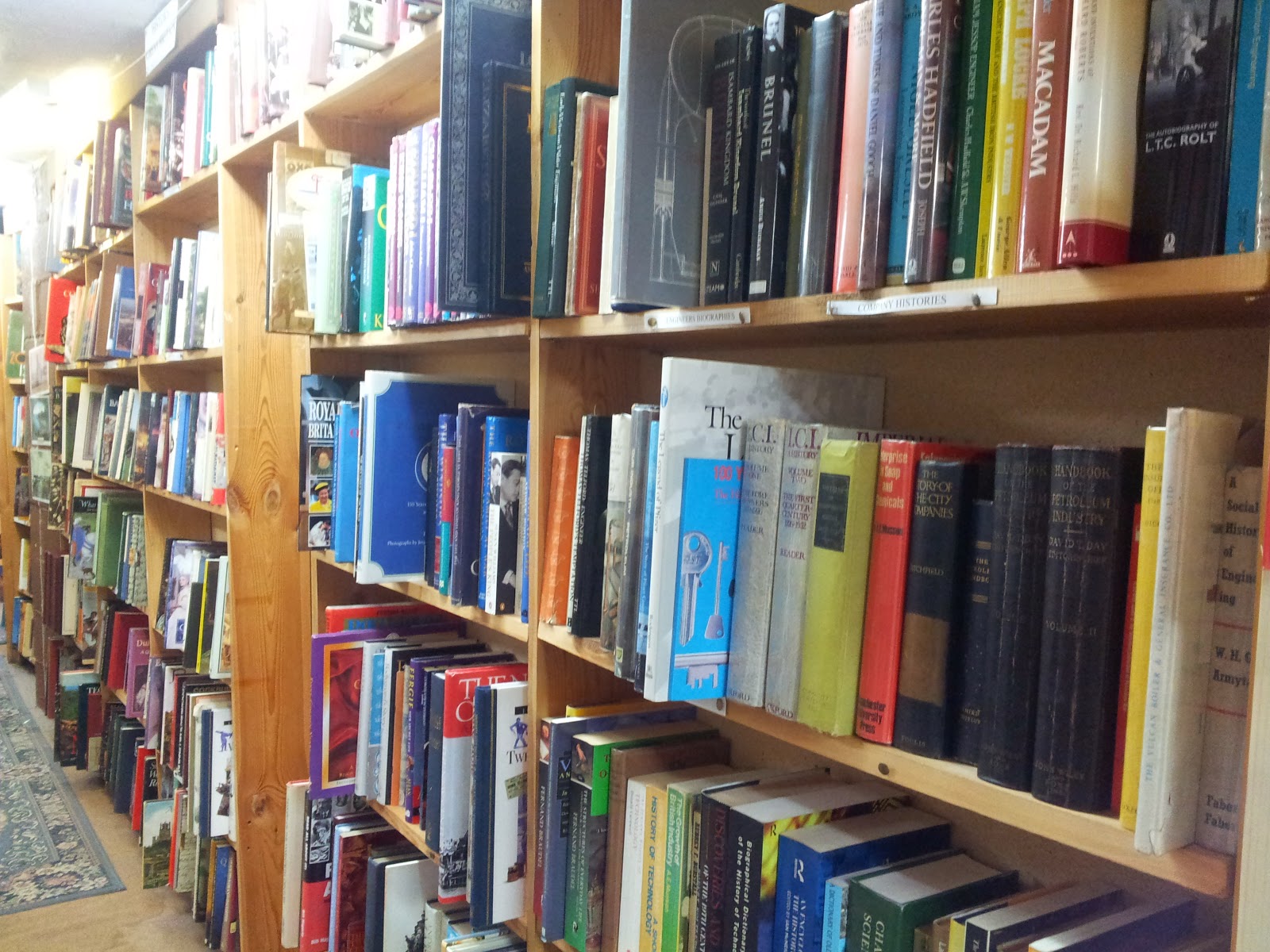 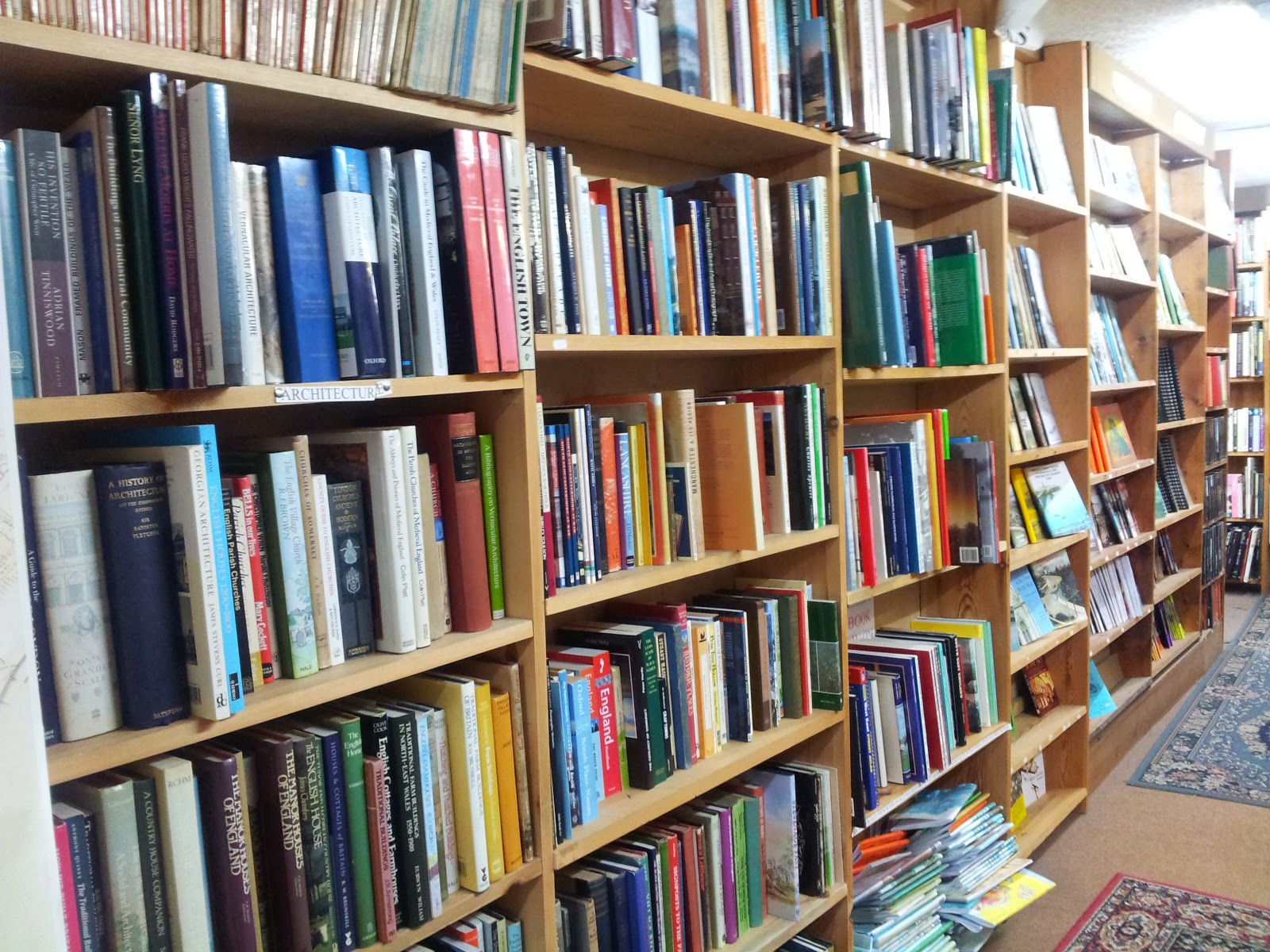 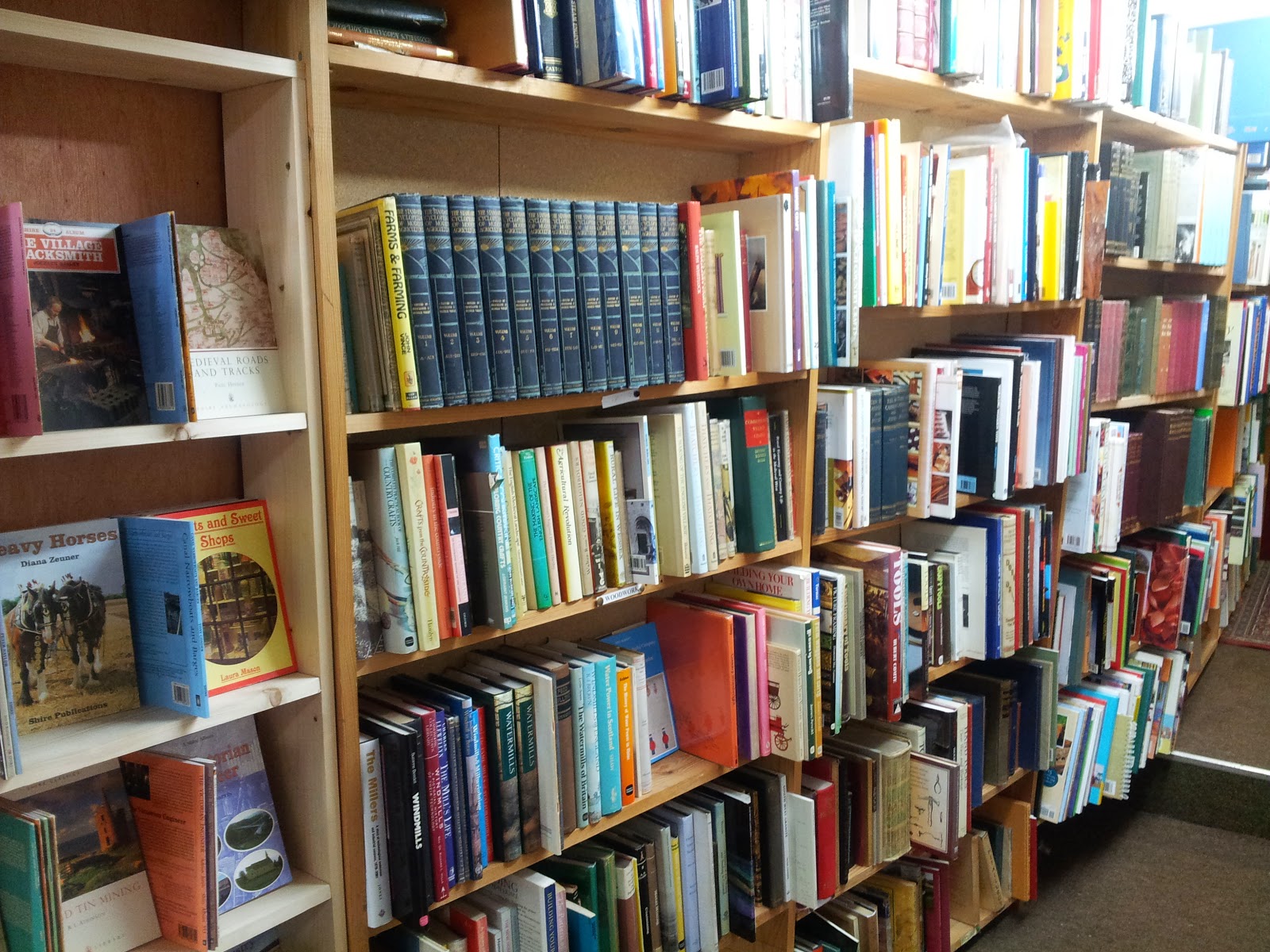 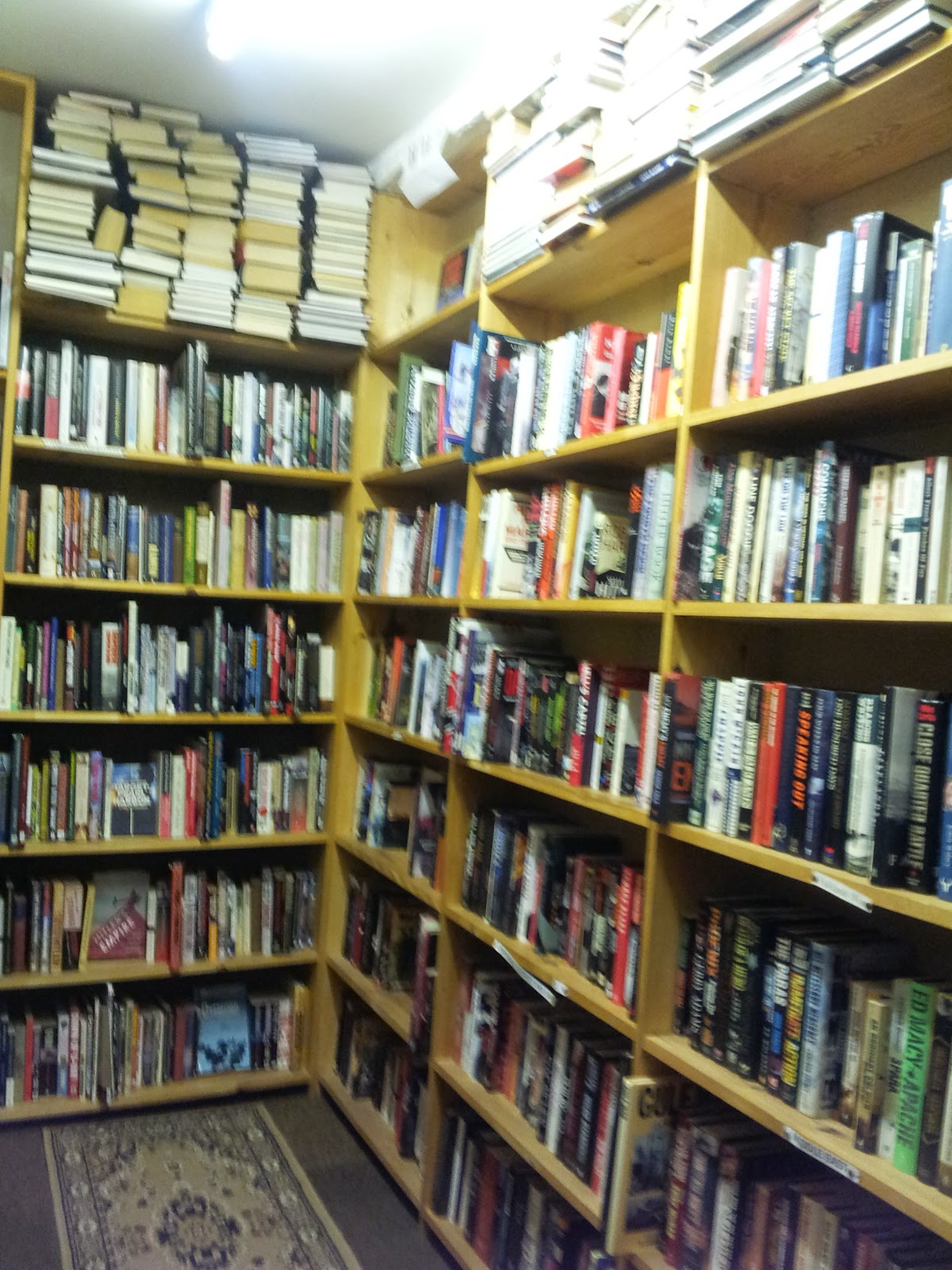 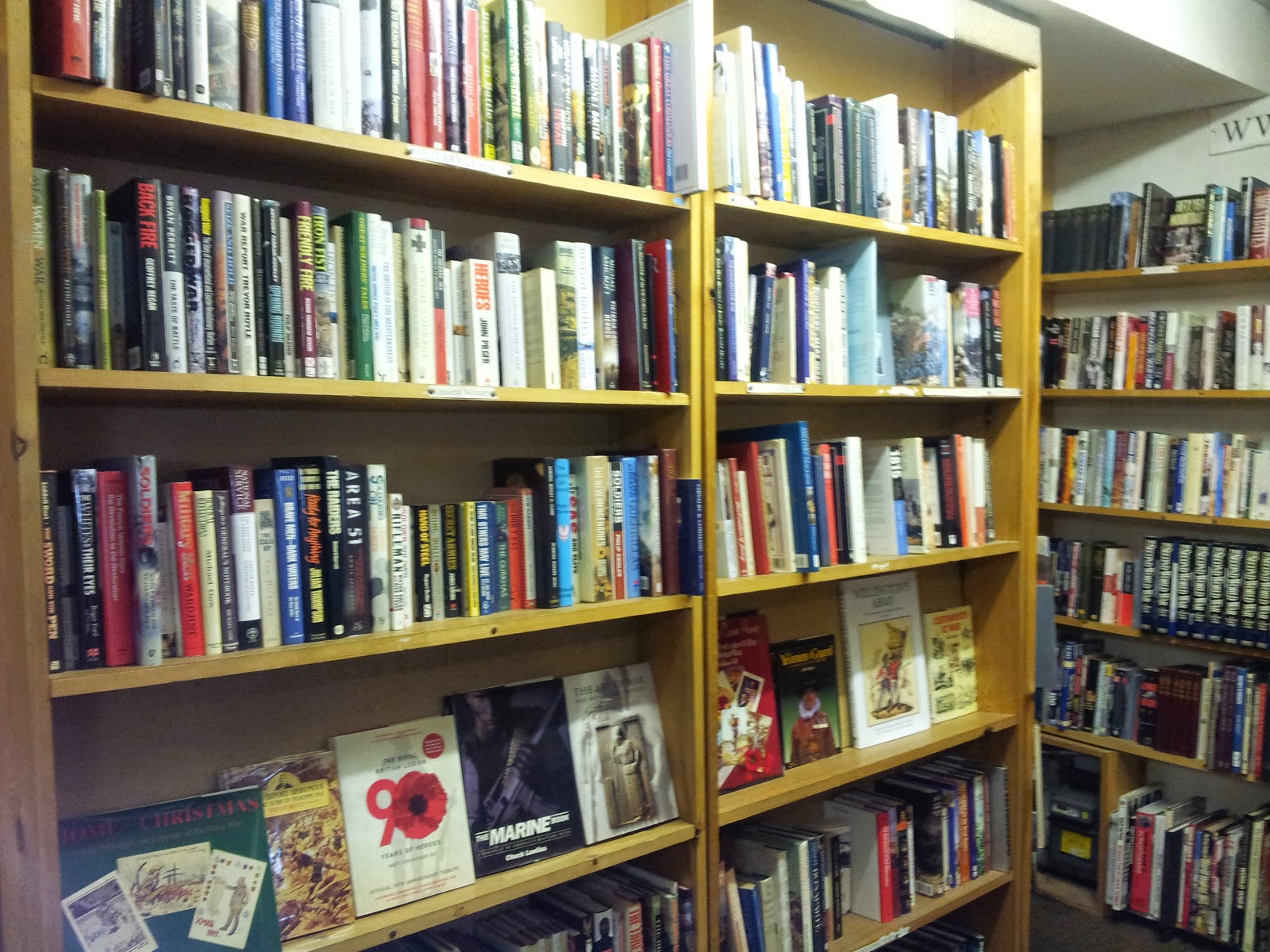 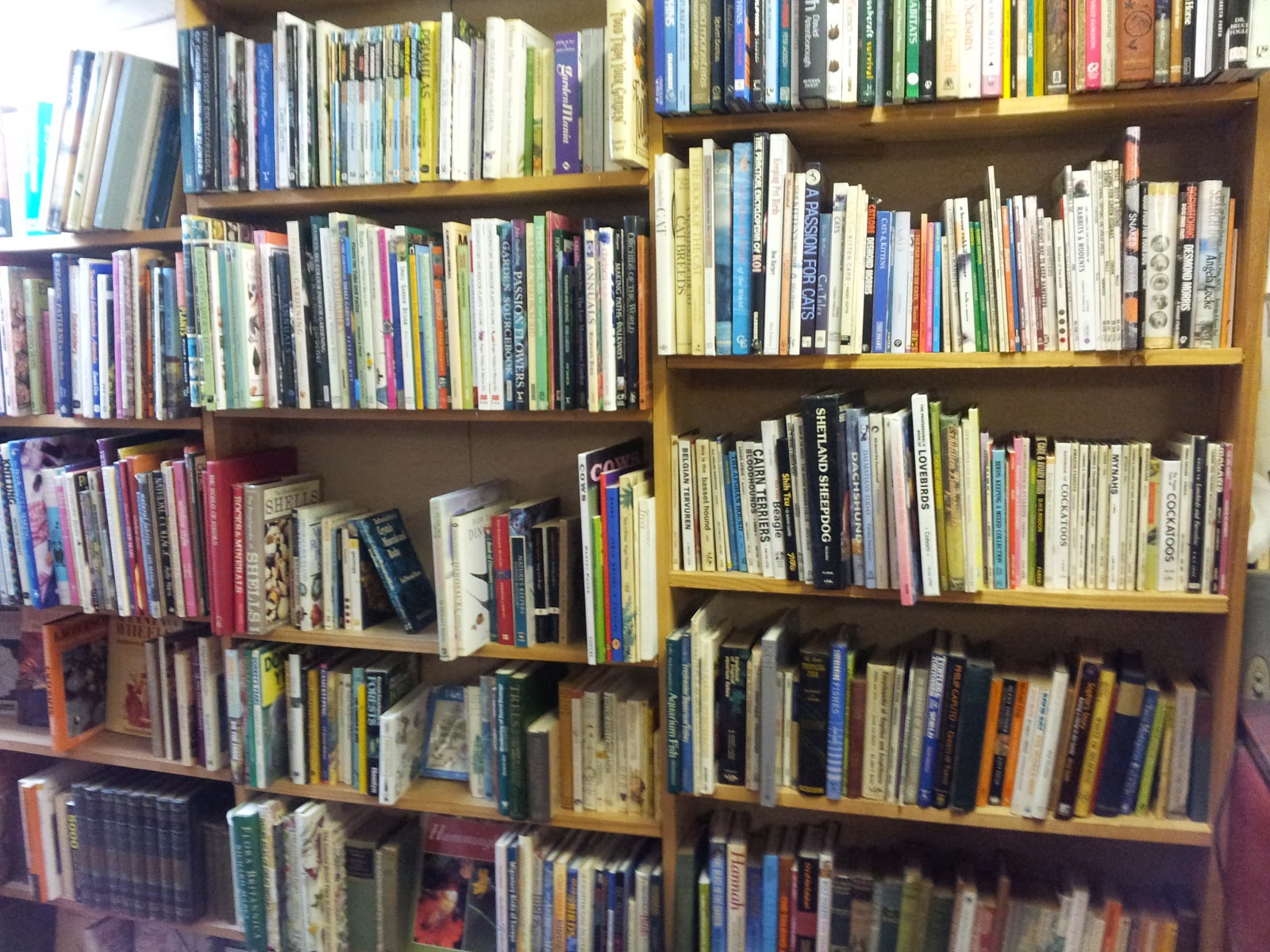 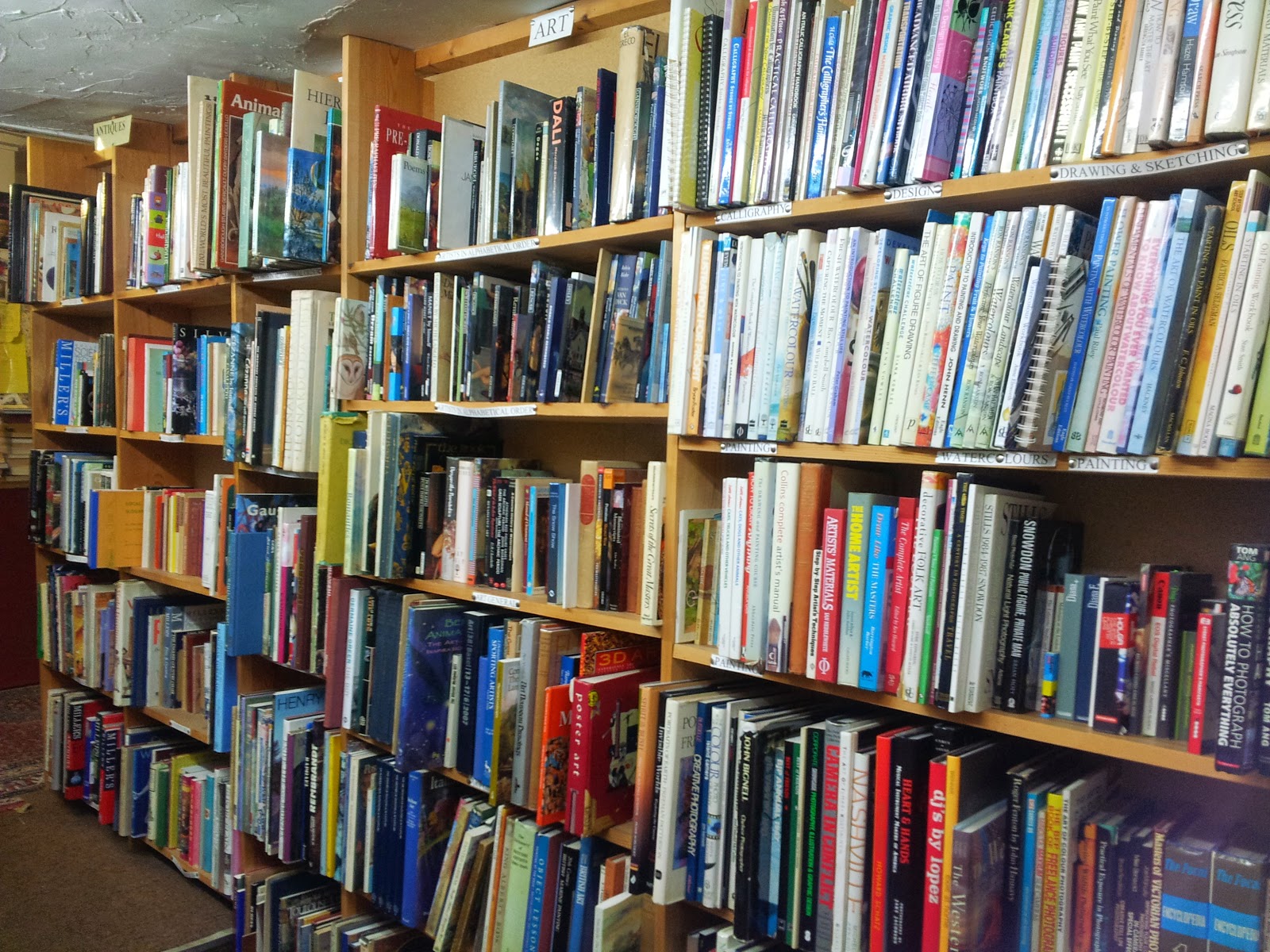 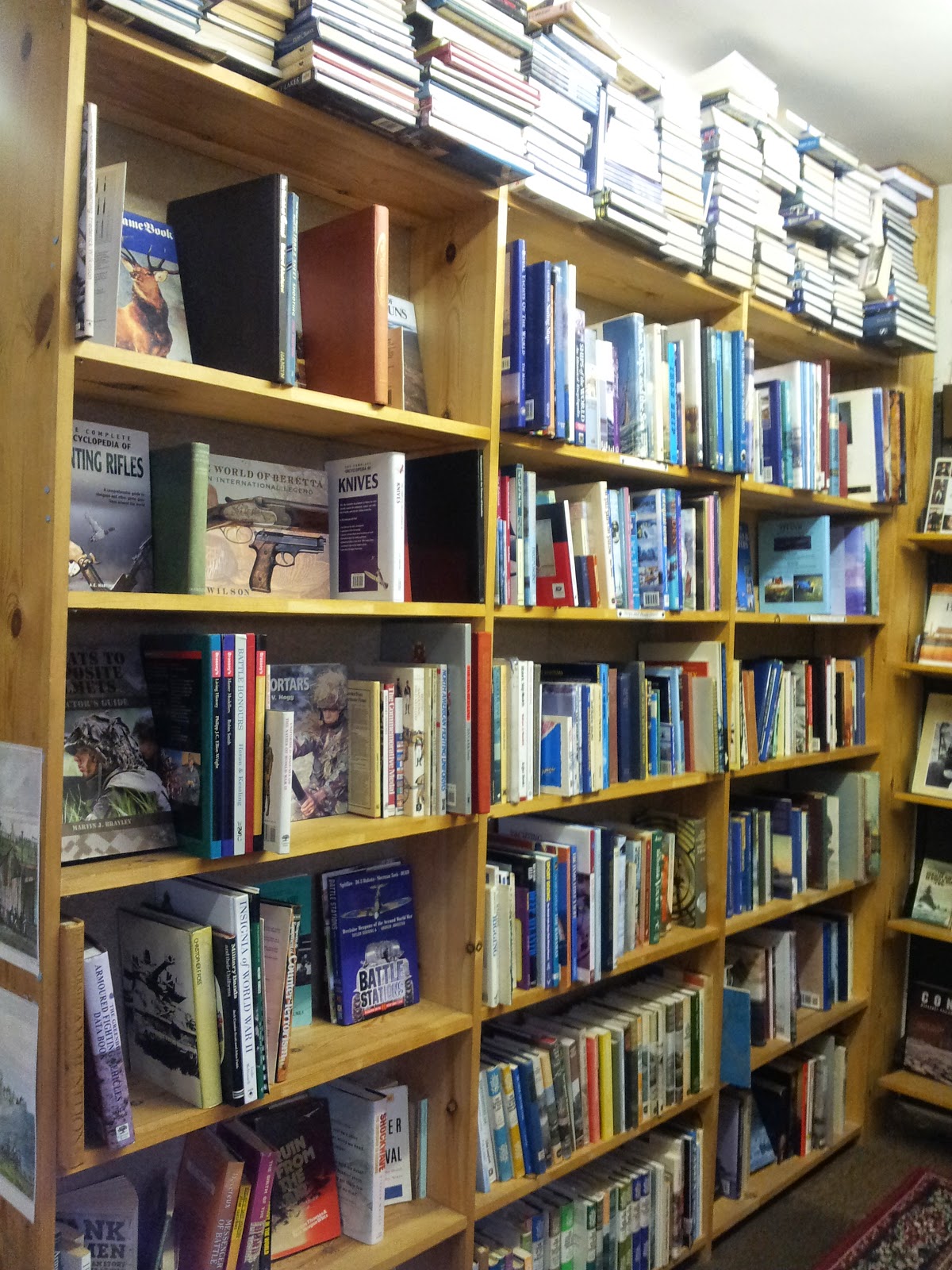 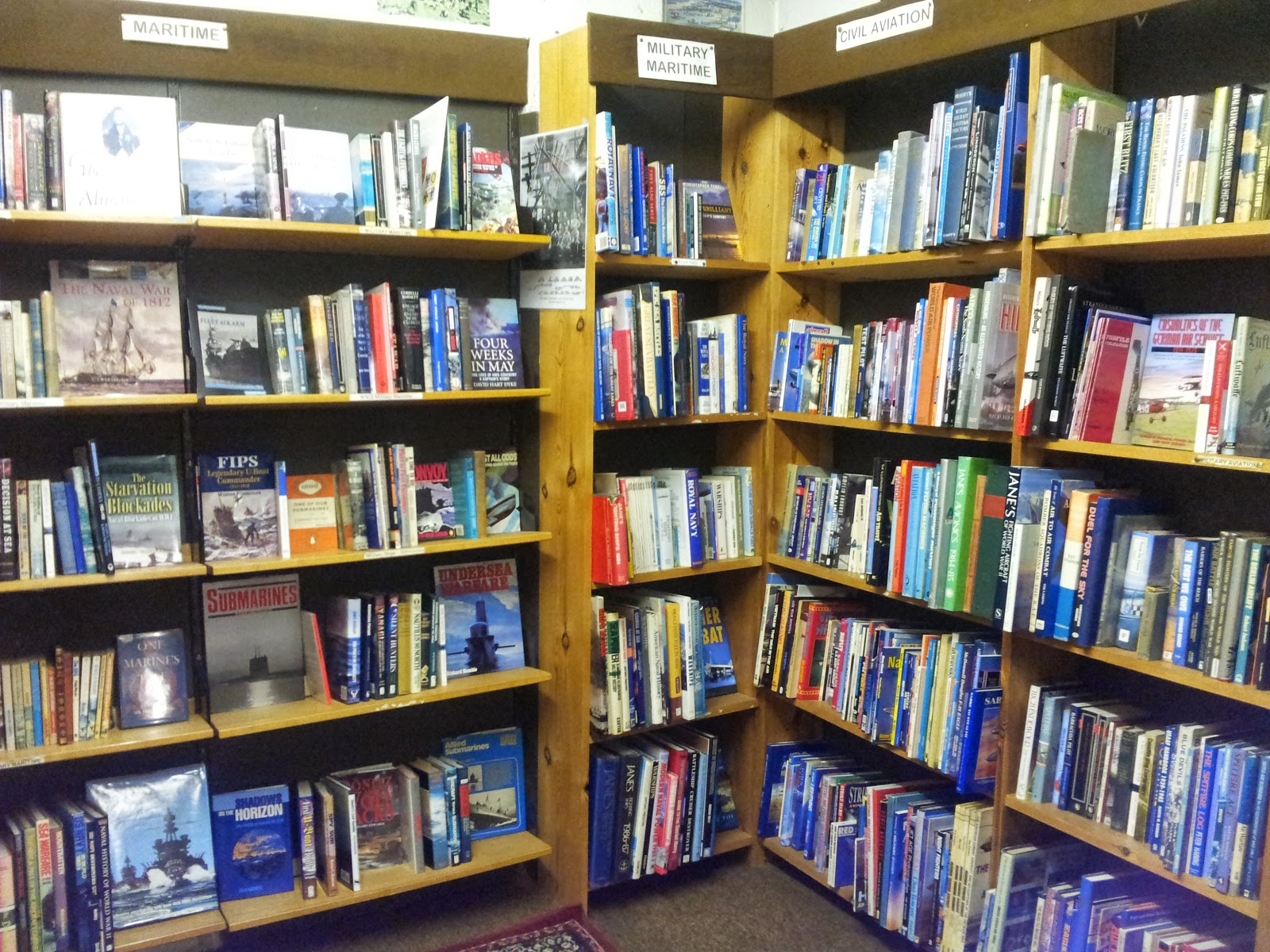 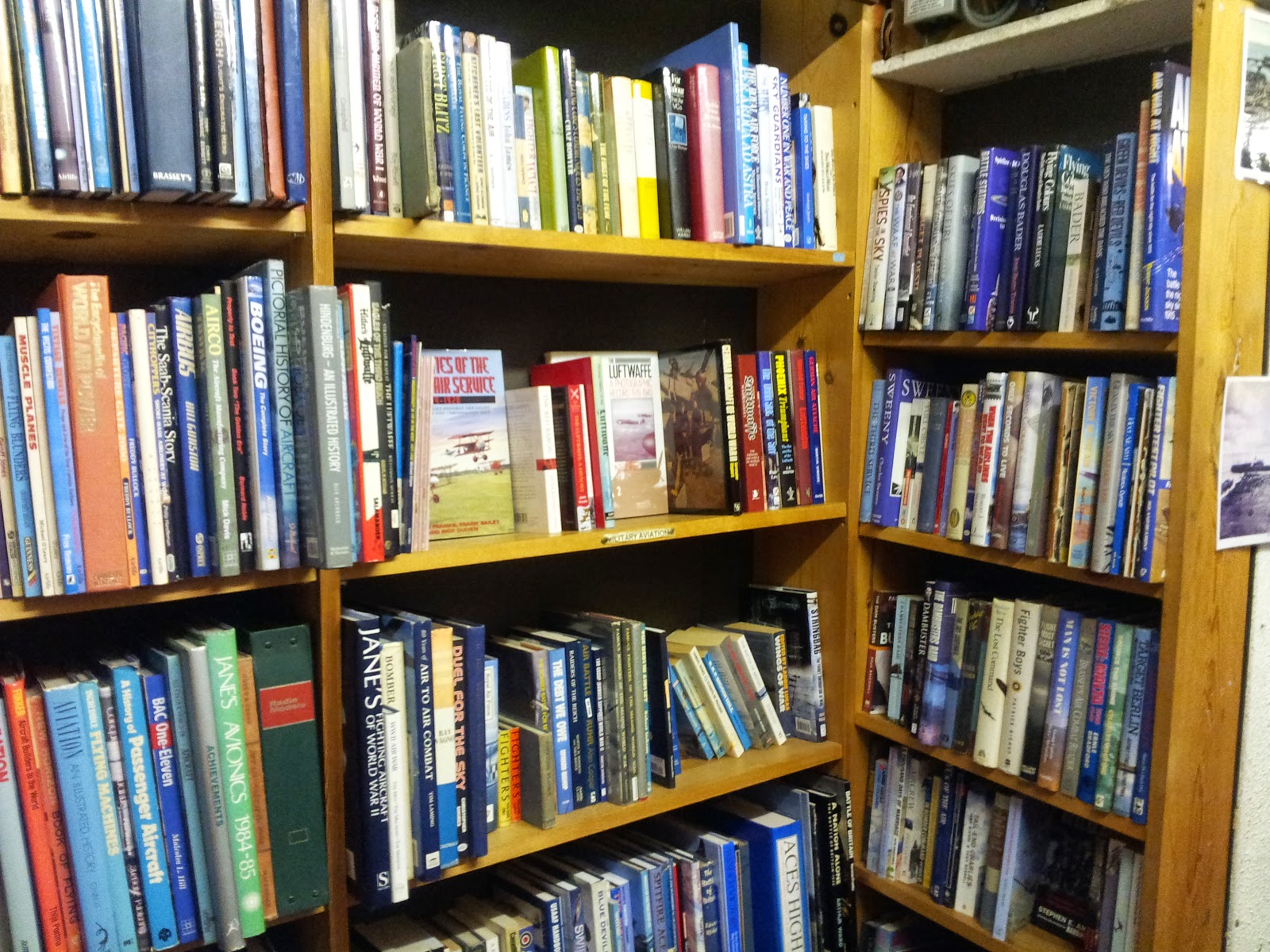 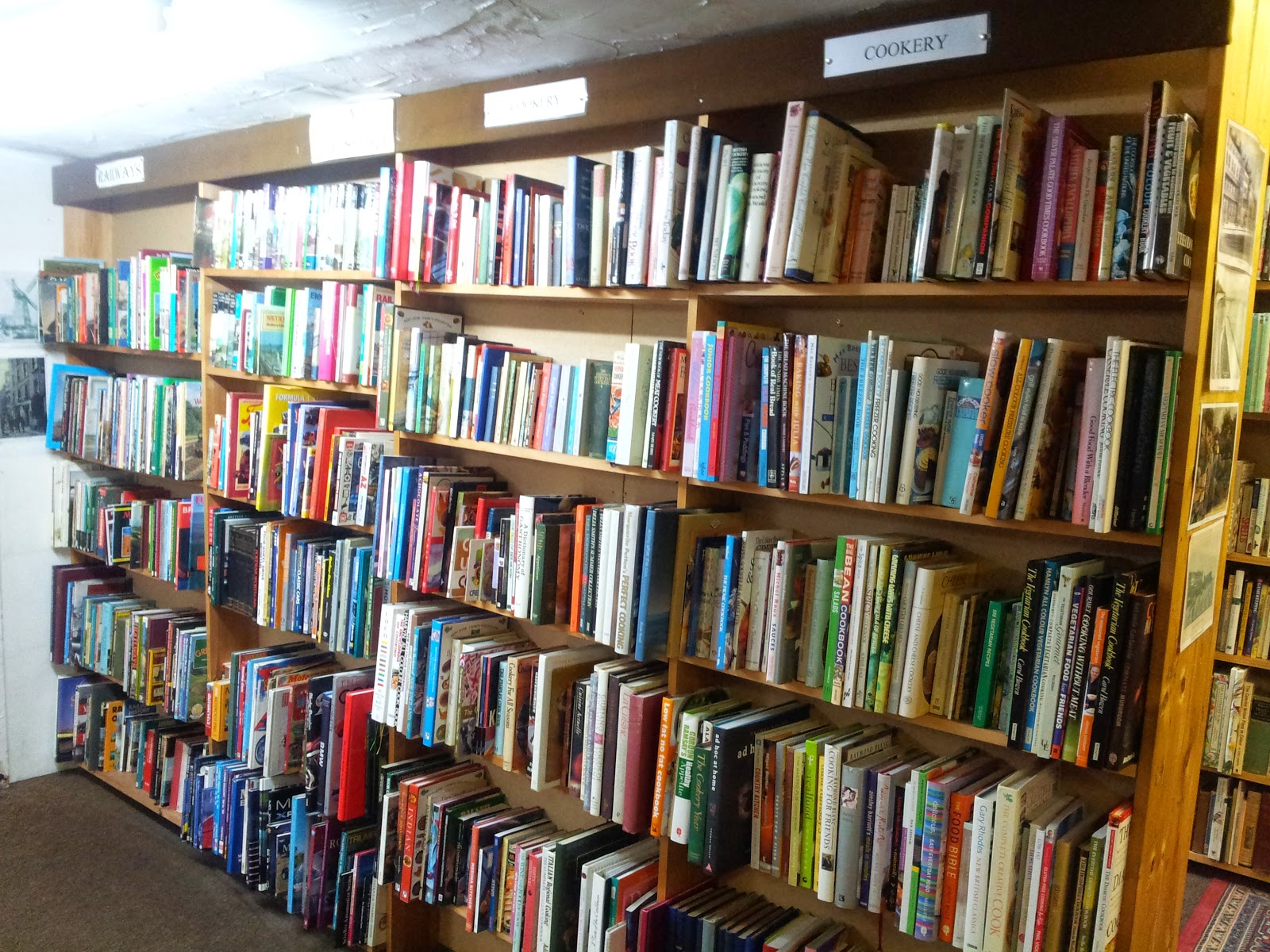 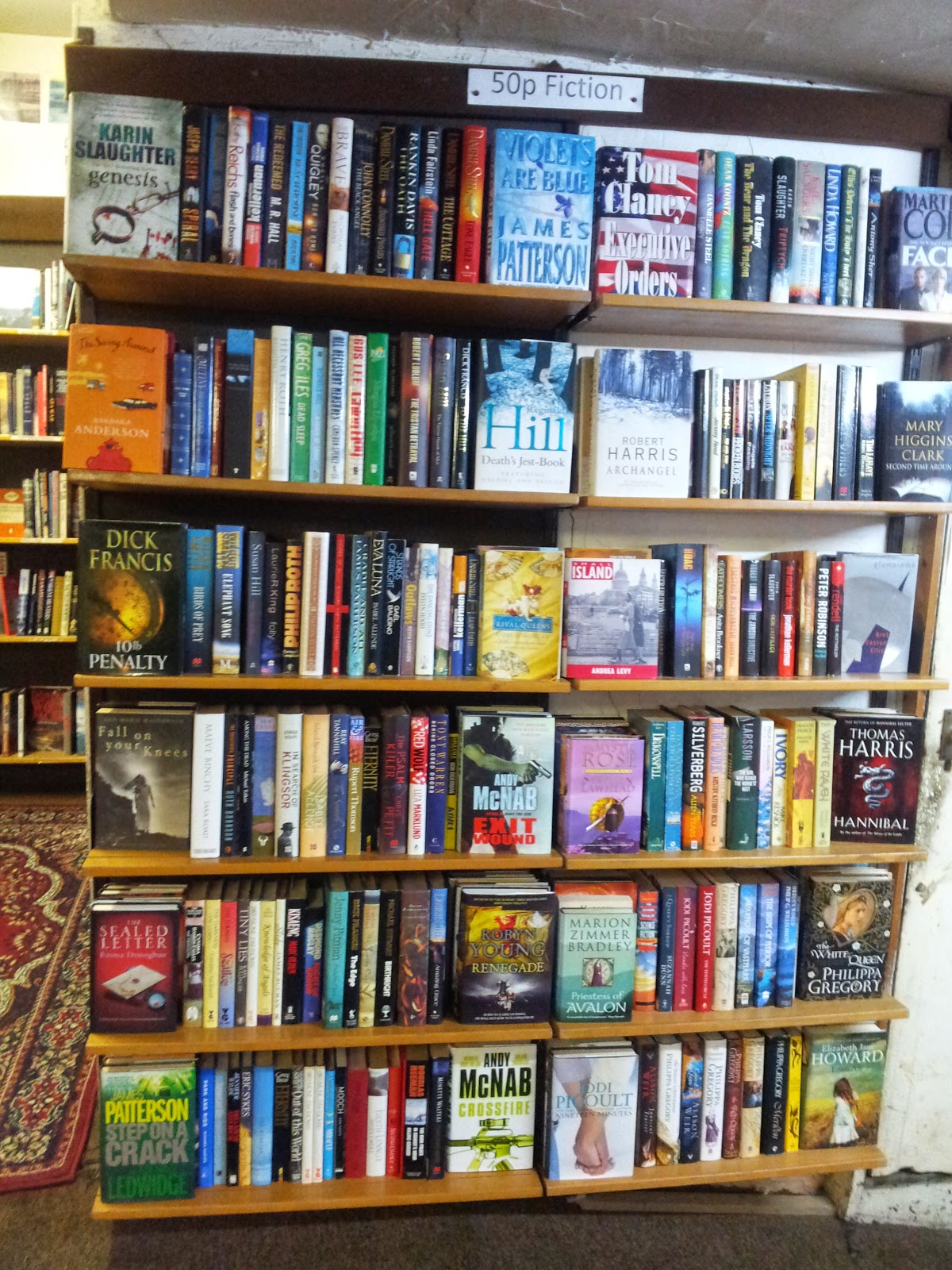 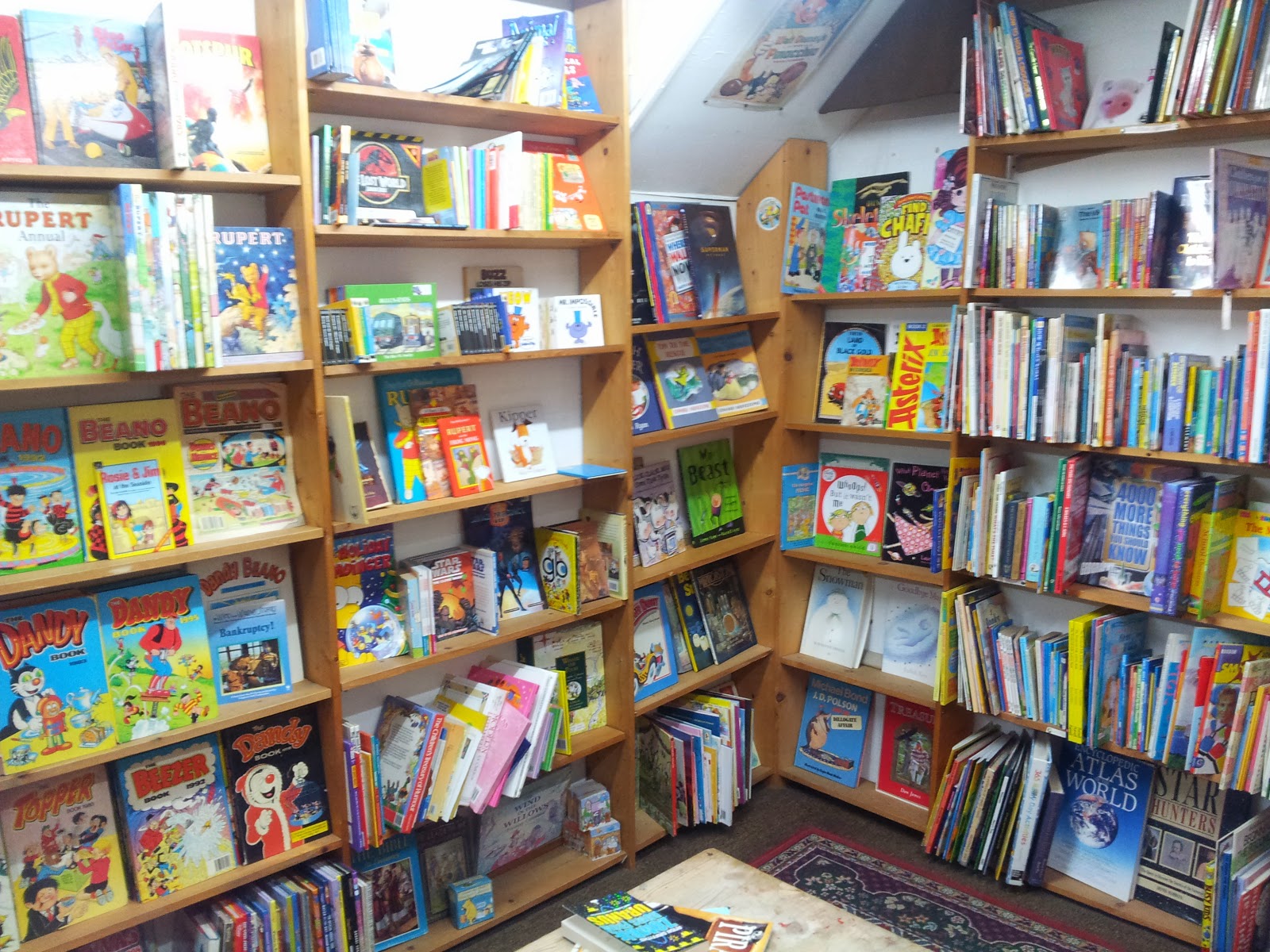 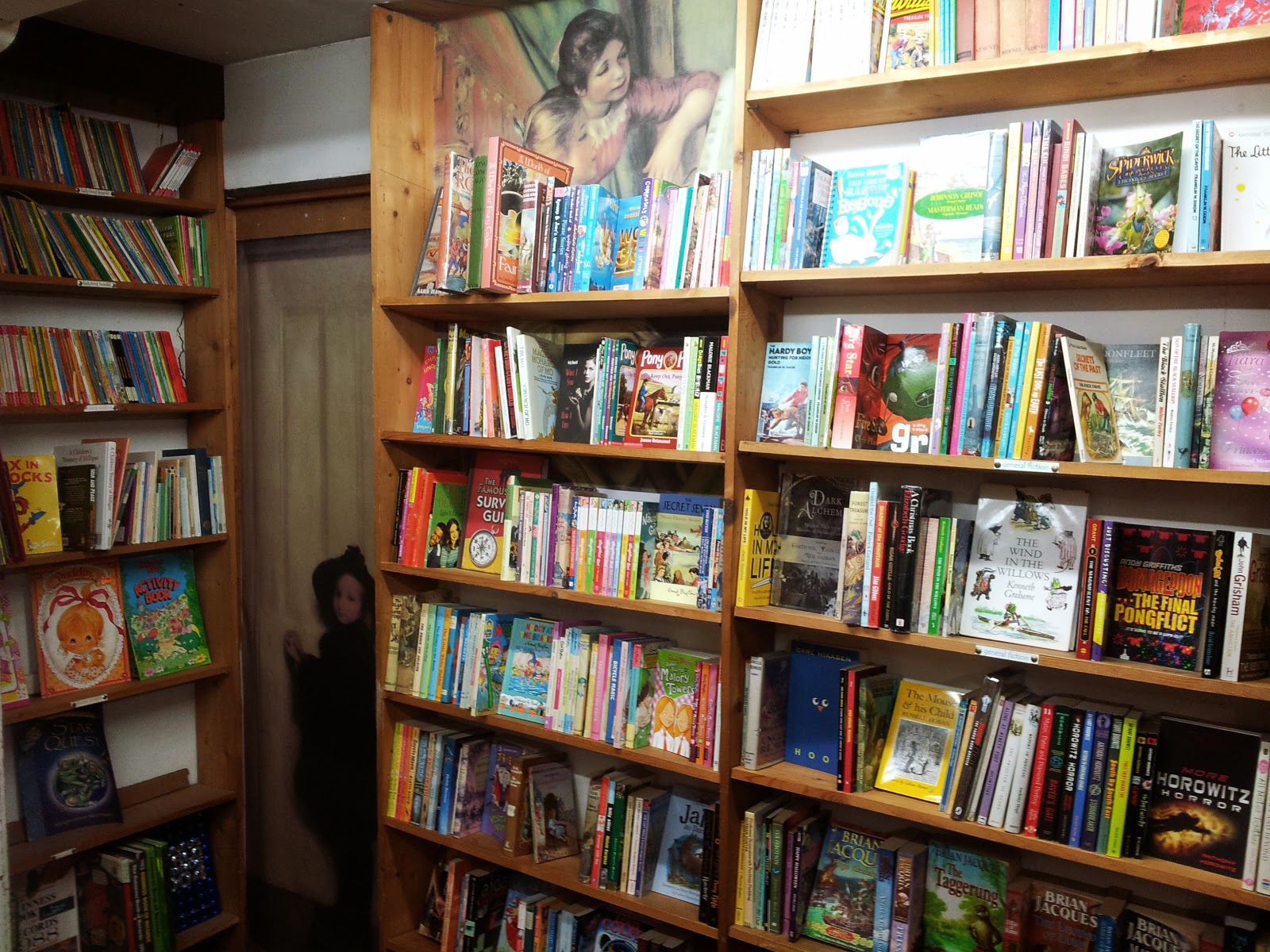 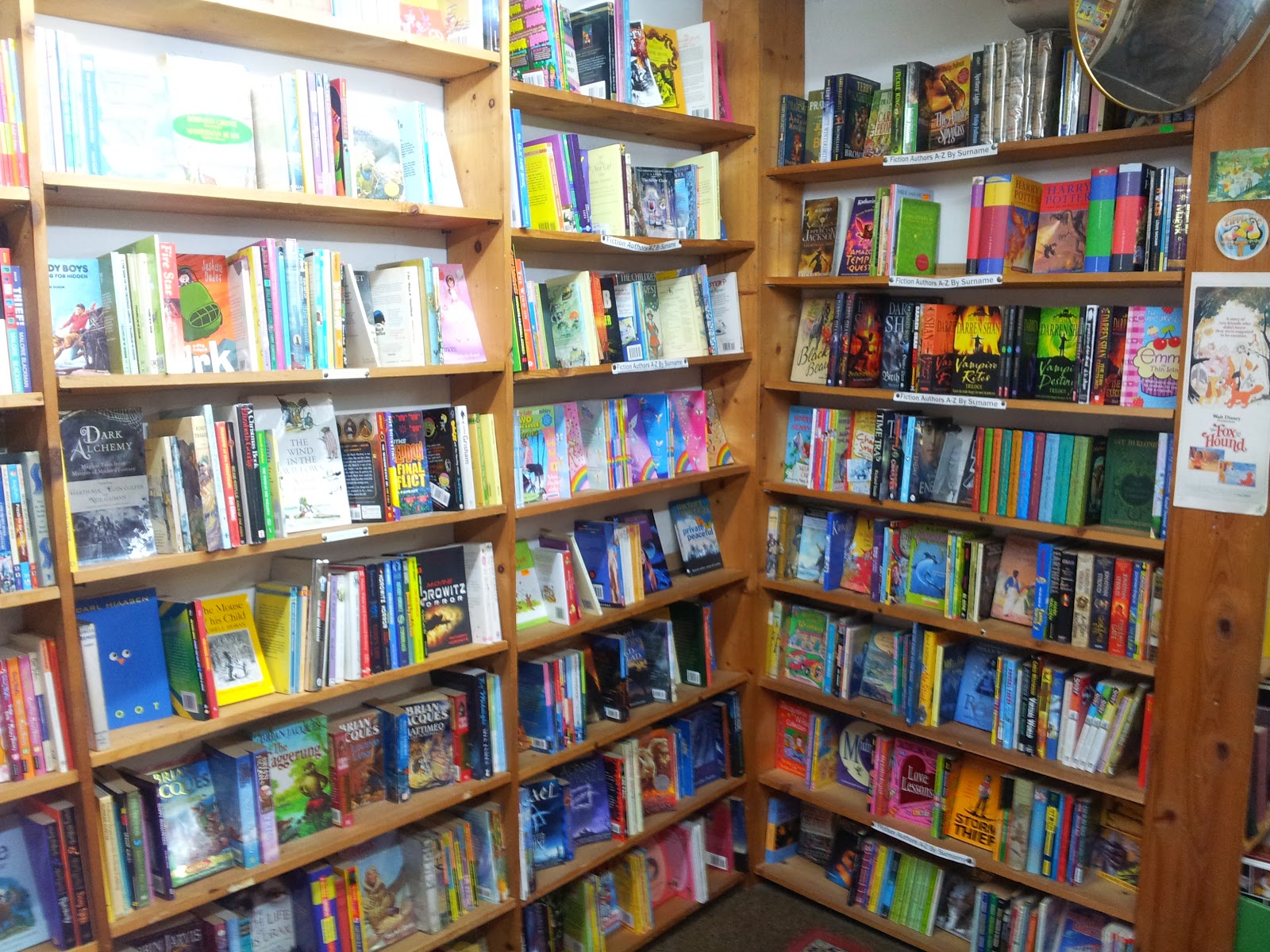 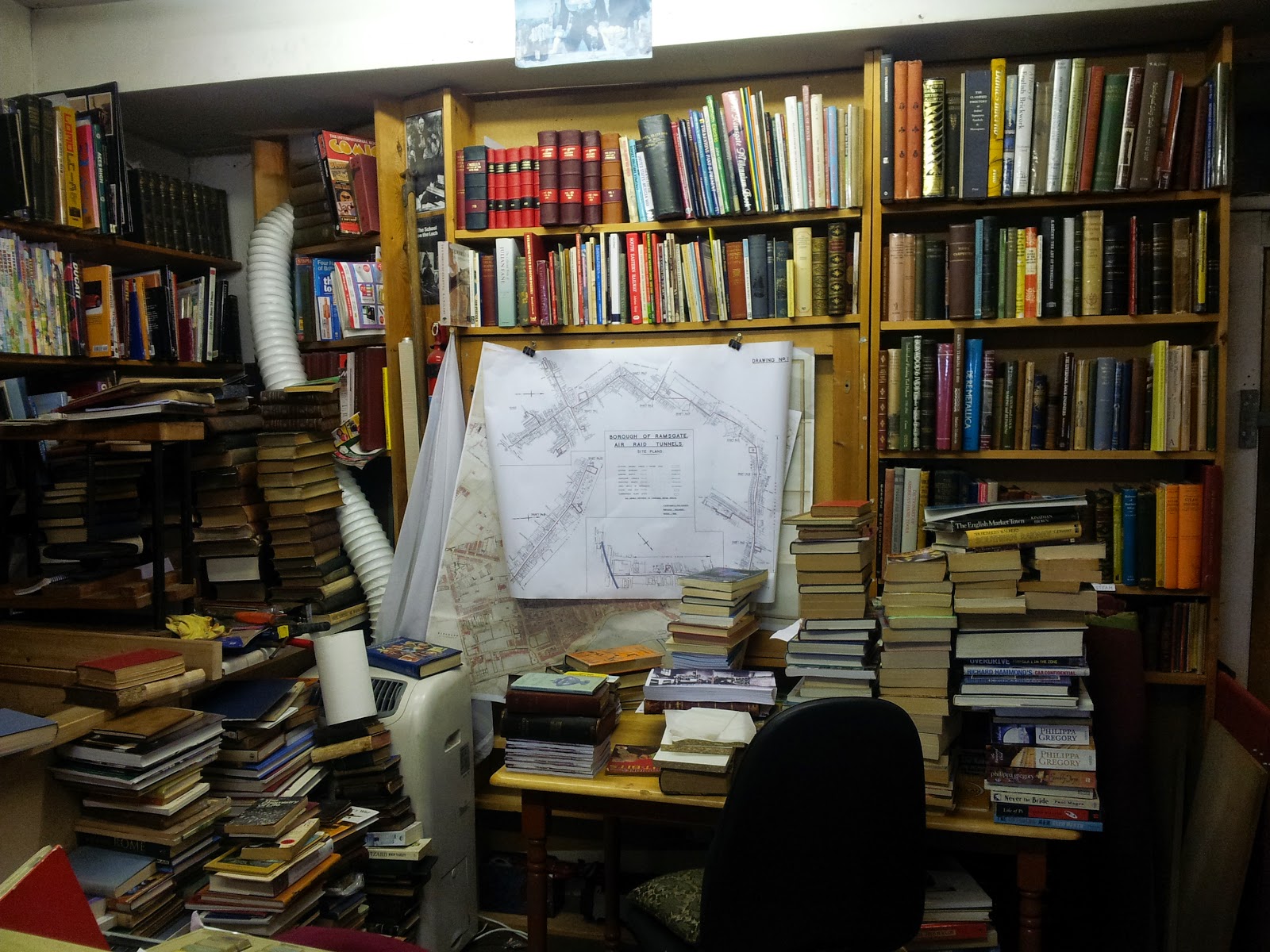 I don't think you really need to expand the pictures, the idea was just to show the magnitude of the stock and hence the difficulty involved in trying to work out why much more than usual is selling.